To share your memory on the wall of William Mastopietro, sign in using one of the following options:

In lieu of flowers, memorials to the Alzheimer's Association or the American Heart Association appreciated.

Willie was born on December 19, 1924 to Italian parents who immigrated here from Bela Italy. In 2016 he was fortunate to be able to return to Bela and see where his parents are buried.

There were 9 brothers and sisters in the family. Willie leaves behind 3 sisters.

Willie went to Walker Jr. elementary school, and South Division High School. Willie’s dad taught him woodworking, and Willie was a master builder. He built an enormous doll house for Sylvia, then a log cabin for himself.

Besides his love of building things, he also had a passion around cigars and wine. Willie and his niece began making their own wine, WM Wine. At one point in time Willie had 90 bottles of wine in the basement.

Willie was drafted into the army in 1942. Willie served in Patton’s 3rd Army in the Battle of the Bulge. Willie found out that his brother was nearby during the battle and “borrowed” a jeep and spent the night AWOL with his brother. Willie also fought in the D-Day Invasion to liberate France from Germany. The war ended in 1945 and Willie threw his gun in the Rhine River.

Willie applied at Allen-Bradley in 1945, and was hired the same day. He was a skilled machinist, sheet metal cabinet enclosure maker, tool repair etc. Willie became the Union steward UE Local 1111, and a long time Board Member and Sargent at Arms. Willie was a strong union man and led a 76 day strike to get better pay and benefits for Union Members.

Willie originated the UE Local 1111 Retiree group, the largest retiree group in the state of Wisconsin (600+ members). The UE 1111 Retiree Group is still in existence 30 years later. As Allen-Bradley grew it became apparent that the company needed volunteers to run the various Corporate Campaigns. Willie along with Ted Hutton formed a Retiree Volunteer Group. Allen-Bradley’s strong volunteering culture is because of Willie’s ability to tap into a group of employees who are retired but still love the company so much.

To put it into perspective during Willie’s retirement he has kept the retiree group involved in company activities. At 80 years old he had an office, company phone, cafeteria meals, everyone knew Willie. He would come in every Monday and have breakfast, check his email and catch up on current events. Willie is the only person who has ever sat down with every CEO the company has had.

Willie began at Allen-Bradley in 1945 and volunteered until 2017. That is a 72-year relationship with the company. Willie truly lived his best life.

Please feel free to share your own memories/stories of Willie on the memory wall.
Read Less

Receive notifications about information and event scheduling for William

We encourage you to share your most beloved memories of William here, so that the family and other loved ones can always see it. You can upload cherished photographs, or share your favorite stories, and can even comment on those shared by others.

Posted Oct 21, 2020 at 02:42pm
Willie will be greatly missed by all who knew him. My father, Frank Rosen, often spoke of the key role that Willie played in running the day-to-day operations of the massive 10-week strike by UE Local 1111 members in 1970 that won a real pension from Allen-Bradley for the first time. Many thousands of workers and their families have benefited from that pension ever since. How appropriate, then, that Willie went on to found and lead the UE Local 1111 Retirees Association. On behalf of the national union, my condolences to the family and my thanks to Willie for all the efforts he made for working people.
Carl Rosen, General President, United Electrical, Radio & Machine Workers of America (UE)
Comment Share
Share via: 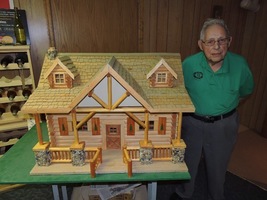 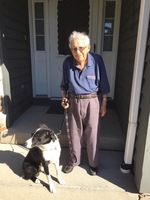 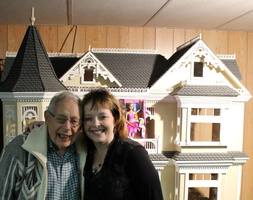