To share your memory on the wall of Stephany Stateson, sign in using one of the following options:

Stephany graduated from Fond du Lac Senior High School in 1940. She went on to pursue a bachelor’s degree in English from Marion University and a master’s degree in Guidance and Counseling from the University of Wisconsin-Milwaukee. Her passion for education persisted throughout her life as evidenced by her extensive post-graduate work.

Stephany was very involved with her community. She was the president of the Hales Corners Chapter of the AARP. She was also a member of the Hales Corners Women’s Club, Scribblers, AAUW, UWM Alumni Association, and various other civic organizations. She was a member of Phi Delta Kappa-UWM Chapter and Daughters of Penelope (a Greek Orthodox organization). For several years, Stephany was active in Girl Scouts, as a member and leader and served as a counsellor at Camp Shagenappi.

She was known as an extensive world traveler; her favorite places being London, Paris, Athens, and New York. Locally she was known as a Patroness of the Arts in the Milwaukee scene, loving the theatre and symphony.

Back home, she was beloved by many students as the Student Government Advisor at both Muskego Intermediate and Muskego High School. She received the Armed Services Special Recognition Award at her retirement.

She was also a long-time member of Saint Mary Catholic Faith Community.

A visitation will be held on Wednesday November 4th at Hartson Funeral Home, 11111 W Janesville Rd Hales Corners, WI 53130 from 11 to 11:30am followed by a funeral service. Social distancing and masks are required for attendance. Burial to follow in Rienzi Cemetery in Fond du Lac.

In lieu of flowers, donations in her memory made to your favorite educational foundation or scholarship are appreciated.
Read Less

Receive notifications about information and event scheduling for Stephany

We encourage you to share your most beloved memories of Stephany here, so that the family and other loved ones can always see it. You can upload cherished photographs, or share your favorite stories, and can even comment on those shared by others. 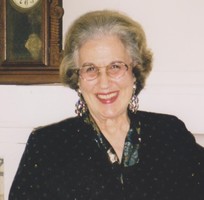