To share your memory on the wall of Scott Johnson, sign in using one of the following options:

As a young man, He was a music lover that liked concerts and enjoyed groups like The Beatles and W... Read More
Johnson, Scott Francis of Milwaukee, WI born to eternal life February 13th, 2021. He was born on June 8th, 1955 to James and Jane Johnson.

As a young man, He was a music lover that liked concerts and enjoyed groups like The Beatles and Warren Zevon. Scott and his friend Mike both picked up a guitar and taught themselves how to play together. They would play Bob Dylan at any party that had guitars laying around. Mike will forever remember Scott’s humor, always had him laughing! Scott attended Catholic Memorial High School, Waukesha, Class of 1973.

In 1979, Scott graduated UWM with a BA in Mass Communication. He began working as a TV Continuity Writer for Milwaukee Public Television PBS 10/36 in 1982. “It was only supposed to be a part-time gig!” Scott said, but he became dedicated and enthusiastic about the position where he spent the rest of his career until retiring in 2017.

Between 1993 to 2003, Scott also spent ten and a half years as a part of the adjunct faculty at Milwaukee Area Technical College teaching scriptwriting to telecasting students.

Scott was attentive to sports, he loved taking his sons to Milwaukee Bucks games. He felt he “hit it big” when he was able to take them to see the Green Bay Packers practice at the Brewers Milwaukee County Stadium.

Scott was delighted about extending his weekends to 7 days. During his retirement, he appreciated spending more time with his wife, Liz. He loved reading the newspaper as well as many books by many authors, his favorites included Stephen King and Kurt Vonnegut. Scott also enjoyed watching television. He liked The Three Stooges as well as a lot of Science Fiction Shows including Twilight Zone, The Outer Limits, The Man From U.N.C.L.E, and Land of the Giants.

Scott suffered from COPD. He passed away peacefully with his two sons by his side.

He was survived by his dear and devoted wife Liz Hayes, his awesome sons Andrew (Diana) and Kyle, his lovely sister Karen (David) Pressley, his groovy brothers Randall (Patty), Gary, Todd (Judy-departed), and Erik (Dana). He was further survived by his good friend of 50 years Mike Hoffmann, and many wonderful nieces and nephews.

He was preceded in death by his loving and caring parents James and Jane Johnson, his amazing siblings Jane (Glen) Gustafson, Craig (Karen) and Phillip (Toni). His good friend John Borkowski aka Juan and his adored niece Jessica Jane Pressley.

Scott was an admirable man that loved his family, friends, colleagues, and students. He will be missed by so many.

In place of flowers, please donate to the American Lung Association https://www.lung.org

Services will be held at Hartson Funeral Home located at 11111 West Janesville Road in Hales Corners, WI 53130 on Friday, February 26th, 2021. Visitation will be held from 3:00 PM until 5:00 PM. www.hartsonfuneralhome.com
Read Less

Receive notifications about information and event scheduling for Scott

We encourage you to share your most beloved memories of Scott here, so that the family and other loved ones can always see it. You can upload cherished photographs, or share your favorite stories, and can even comment on those shared by others.

Sister Karen and family, Karen Jonson, and other have sent flowers to the family of Scott Francis Johnson.
Show you care by sending flowers

Sister Karen and family purchased flowers and planted a memorial tree for the family of Scott Johnson. Send Flowers

Posted Feb 22, 2021 at 04:50pm
Scott was a kind and supportive colleague; someone you could always depend on and trust. I worked with Scott from the mid-nineties through 2014. It was nice to work with someone who was approachable, pleasant, and professional. It was more than nice. It was a blessing to work with someone so kindhearted. Scott was extremely generous with his time helping others. I cannot emphasize enough how kind he was. He was also an excellent conversationalist—you could have an engaging conversation with Scott on anything. Anything! He was also quite funny and witty. I remember (more than once), he had a colleague and I laughing so hard we were clutching each other’s shoulders with tears running down our faces, laughing hysterically. I’m not sure how to describe his sense of humor, maybe gentle sarcasm. Never meanspirited, but always very, very funny. Scott was also very considerate when it came to birthday collections and other events. He was a wonderful person, an ideal colleague, and a class act in every way. Rest in Peace, Scott. You will be missed.
Theodora Veresses-Kohlweiss~
Comment Share
Share via:
HS

Flowers were purchased for the family of Scott Johnson. Send Flowers 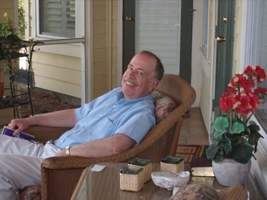 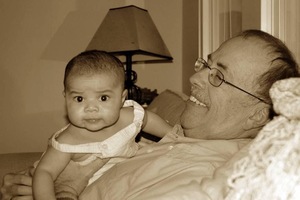