To share your memory on the wall of Robert Kustra, DDS, sign in using one of the following options:

Provide comfort for the family of Robert Kustra, DDS with a meaningful gesture of sympathy.

In 1966 Robert established the South Side Guadalupe Dental Clinic, a nonprofit that serves a mainly Hispanic population. He enlisted 20 other dentists to serve patients within the clinic and at their private practices. His work at the Guadalupe Clinic has earned him widespread recognition; including a national Jefferson Award in 1983.

He also volunteered in global missions with various service organizations that took him to Appalachia and post-Hurricane Katrina New Orleans. Internationally, Robert worked in Guatemala, Bolivia, Mexico, Brazil, Kenya, Kosovo, Ukraine, Haiti, the Philippines and Romania. He also worked in Iraq, where he and his Christian team partnered with Muslim dentists, a unique experience of which he was extremely proud.

In his personal life, Robert had many interests, among them traveling, golfing, skiing, home-brewing, and cheering on Marquette Basketball and the Green Bay Packers. Known affectionately as Bapa (being named as such by his first grandchild), he enjoyed visiting his family across the US. He loved to tinker with things, and he became the go-to person for items that needed a fix, often utilizing his favorite tool, pink glue. Robert always provided many laughs, and will continue to do so for many years!

A visitation will take place on Tuesday December 3rd at Hartson Funeral Home, 11111 W Janesville Rd Hales Corners, 53130, from 5 to 7pm with a vigil service at 7pm.

Mass will be held on Wednesday, December 4th at St. Alphonsus Parish located at 6060 West Loomis Road, Greendale, WI, 53129. Visitation at 10am and Mass at 11am, with a luncheon to follow. Private burial services will be held at St. Adalbert's Cemetery.

daniel p urban and Leticia Monje have sent flowers to the family of Robert P. Kustra, DDS.
Show you care by sending flowers

Posted Dec 02, 2019 at 07:20pm
Mary Rauch sends an expression of sympathy to Sue and all his children. This is time for gathering all the best of your good life and hold it in your heart forever. We have done this with our beloved Joe who passed in March this past year. We talk about our wonderful memories every time we are together.
Comment Share
Share via:
VH

Posted Dec 02, 2019 at 04:42pm
Sent with love and remembrance to our wonderful Uncle. He is resting in the arms of our Lord now.

Posted Dec 02, 2019 at 01:55pm
My deepest sympathy to the KUSTRA FAMILY/ To my good friend Bob a life well lived O faithful servant.I will miss you, Bob Dn Urban

Posted Dec 02, 2019 at 11:30am
We where so blessed to have Dr. Kustra in our lives. He did so much for the clinic and the community and will be dearly missed, 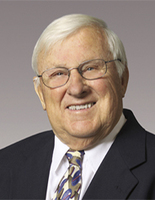