To share your memory on the wall of Marjorie Gluckstein, sign in using one of the following options:

Marjorie Helen Bliese Gluckstein passed away with family at her side on April 27, 2021 in Wauwatosa, Wisconsin at the age of 93 years. She was predeceased by her husband of 68 years, Martin Edwin Gluckstein in 2020, and is survived by her five children, Michael Harris (Rita Wick), Daniel Peter (Akemi Chang), Lora Sue Gluckstein Marheine (David Marheine), Joel William, and Lawrence David (Lang Luong). She is also survived by her seven grandchildren, Rebecca Gluckstein (Andre Oktaviandra), Hannah Gluckstein Mensah (Julian Mensah), Jeffrey Gluckstein, Lisa Gluckstein, Sarah Gluckstein, Matthew Marheine, and Peter Marheine (Rebecca Martin Marheine), and one great grandchild, Genevieve Mensah. She is preceded in death by her brother, Frederick Bliese, her sister, Lorraine Bliese Miller, and her parents, William Bliese and Anna Zastrow Bliese.

Marjorie grew up in Wausau, Wisconsin, where her life-long passion for music and piano began as a young child. She graduated from Lawrence University in Appleton, Wisconsin, with a Bachelor of Music in piano. She studied with Gladys Ives Brainard there and went on to obtain a Master of Music from the University of Michigan, Ann Arbor, where she studied with Benning Dexter. She shared her love of piano through teaching and performing throughout her life in Michigan, Louisiana, and Wisconsin. Between 1998 and 2004, with technical assistance from some of her children, she recorded several compilations of piano solos, including a commercially available collection entitled Ageless Piano Classics. In the liner notes, she describes her piano as a living, breathing companion.

It was while studying in Ann Arbor that she met her future husband. They married at the First Unitarian Church of Ann Arbor in 1951. Together, they were members of and active in Unitarian Universalist congregations in all three states in which they lived.

A graveside service for immediate family was held April 29, 2021 at Wauwatosa Cemetery in Wauwatosa, Wisconsin. A memorial service for friends and family is anticipated to be held at the Unitarian Universalist Church West in Brookfield, Wisconsin this coming summer as conditions allow.

In lieu of flowers, donations in her honor may be made to the Lawrence University Conservatory of Music Piano Program, the Lutheran Home Foundation, the Milwaukee Symphony Orchestra, or the Unitarian Universalist Church West in Brookfield, Wisconsin.
Read Less

Receive notifications about information and event scheduling for Marjorie

We encourage you to share your most beloved memories of Marjorie here, so that the family and other loved ones can always see it. You can upload cherished photographs, or share your favorite stories, and can even comment on those shared by others. 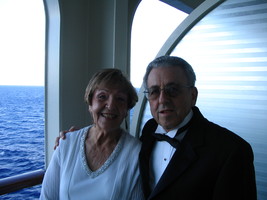 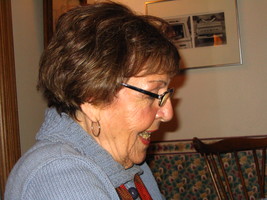