To share your memory on the wall of Joanne Poe, sign in using one of the following options:

Shortly after marriage, Joanne and Art began a business boarding, breeding, selling and raising German Shepherds. They became members of the German Shepherd Kennel Club and Art entered their dogs in competition and won his share of ribbons and trophies.

Joanne was a member of Christ Lutheran Church in Big Bend for over 60 years.

Mom was also a leader of the Lutheran Girl Pioneers for many years.

Mom held various jobs through the years. Including Drew's Variety Store, Schultz's Variety Store and finally retiring from Wilde Toyota in 2005 after 17 years.

Joanne was an avid crafter and painter. She had attended painting classes and card making classes. She made a variety of different crafts and a lot of Christmas ornaments. She was gifted in writing poetry.

Joanne enjoyed a multitude of Social Clubs such as: the Mary Martha church group, Homemakers Club, Red Hats, and was a member of T.O.P.S. for over 50 years. Mom and dad also enjoyed playing cards with two Sheepshead Card Club groups.

A visitation will be held on Sunday November 15th at Hartson Funeral Home, 11111 W Janesville Rd Hales Corners, 53130, from 2pm to 4pm followed by a funeral service at 4pm.
Read Less

Receive notifications about information and event scheduling for Joanne

We encourage you to share your most beloved memories of Joanne here, so that the family and other loved ones can always see it. You can upload cherished photographs, or share your favorite stories, and can even comment on those shared by others. 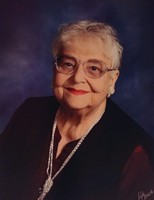