To share your memory on the wall of Gregory Mursky, sign in using one of the following options:

Dr. Gregory Mursky, of Mequon, WI passed away on August 23, 2019 at the age of 90. He leaves behind his wife, Marilyn (nee Byhre), his daughters Chrystyna V. Mursky (Timothy Fuller) and Teresa A... Read More
Dr. Gregory Mursky
Devoted Educator

Dr. Gregory Mursky, of Mequon, WI passed away on August 23, 2019 at the age of 90. He leaves behind his wife, Marilyn (nee Byhre), his daughters Chrystyna V. Mursky (Timothy Fuller) and Teresa A. Mursky (Mikel Schneck), and stepdaughters Victoria Mosconi (William) and Georgene Hecker. He is also survived by three grandchildren, Sara, Rene, and Jesse, two step-grandchildren, Maily and Noah, and many relatives and friends.

He was preceded in death by his first wife, Mary H. Mursky (nee Danyluk), his parents, Peter and Ksenia Mursky, and his brother, Stephen Mursky.

Dr. Mursky was a professor in the Department of Geosciences at the University of Wisconsin-Milwaukee (UWM). He joined UWM in the fall of 1964, a time when the University was in a formative stage of development. Over the period of 32 years he was with the Department he taught thousands of undergraduate and scores of graduate students in geological subjects dealing with mineralogy, petrology, geochemistry, and the geology of the planets and our moon. During the period of 1965 and 1969 Professor Mursky served as the Chairman of the Geology Department, as it was known then. He played a key role in the development of the Department, including hiring and staffing the faculty, thus helping to shape the course for the Departmental curricula and its practical application to the petroleum and mineral deposits industry.

Between 1956 and 1959 Professor Mursky was employed as a geologist and chief uranium mine geologist by Eldorado Nuclear Limited at Port Radium on Great Bear Lake in Canada, and between the summers of 1960 and 1962 he served as the company’s exploration geologist in the Canadian Arctic. During 1963 and part of 1964, as well as the summers of 1965 to 1969, Dr. Mursky was a Research Fellow with the Geological Survey of Canada in Ottawa, Ontario investigating the mineralogy and geochemistry of granitic igneous rock units in British Columbia, Canada. In Wisconsin, beginning in 1964, he and his graduate students conducted extensive research on granitic bodies and 1.8 billion-year-old volcanic rock units and found the latter to be capable of hosting metallic mineral deposits. Some of his graduate students’ research projects dealt with economic mineral deposits in various parts of the United States and as far as Greece, South Africa, and Brazil. Professor Mursky has an impressive list of publications dealing with his research and several textbooks for college geology students. As a member of academic and professional geological organizations, he presented his research findings at their meetings in the USA and abroad.

Funeral services will be held at St. Michael’s Ukrainian Catholic Church, 1025 South 11th Street, Milwaukee, WI at eleven o’clock on Tuesday, August 27, 2019, followed by private interment at Resurrection Cemetery in Mequon, WI. Friends may pay their respects and visit with the family starting one hour before the service. Instead of flowers and if so desired memorial donations may be made to support the child victims of the Chernobyl Nuclear Catastrophe through Chernobyl Children International (https://www.chernobyl-international.com/) or contributed to a charity of choice.

Dr. Mursky reveled in the planets’ history and the comets’ glow; his task fulfilled God took him home. May he fly on the wings of angels to the heavens.
Read Less

To send flowers to the family or plant a tree in memory of Gregory Mursky, please visit our Heartfelt Sympathies Store.

Receive notifications about information and event scheduling for Gregory

We encourage you to share your most beloved memories of Gregory here, so that the family and other loved ones can always see it. You can upload cherished photographs, or share your favorite stories, and can even comment on those shared by others.

The Tyshnsky Family sent flowers to the family of Gregory Mursky.
Show you care by sending flowers

Posted Aug 29, 2019 at 03:09pm
To the Mursky girls (C&T)
You and your folks were part of our early professional lives. Greg was the first person Dick hired for the new Geology department. In those years, we lived near you in Whitefish Bay, where you went to school. We shared a lot of family time, your Dad's "Mursky burgers" (Kay's favorite), your Mom's ethnic dishes. I still remember her on the phone, saying "Rachel, this is Mary---" with her voice gracefully sliding down the musical scale.
Your Dad always was part of my professional life. I had a hard-rock course from him while working on my MS in Earth Science Education, and he treated me with wonderful respect when I finally earned my Ph.D. in Geology at UW-Madison.
This was unusual in the male-dominated field at that time. I was an Adjunct Prof. in the department at UWM for 17 years, and consider him a very special colleague.
Love to you both,
Rachel Paull
Comment Share
Share via:
TF

Posted Aug 26, 2019 at 01:16pm
May Gregory's admittance into heaven be surrounded by beautiful, fragrant flowers that evolved over billions of years from the rock called Earth.

The Tyshnsky Family purchased the Gracious Lavender Basket for the family of Gregory Mursky. Send Flowers

Posted Aug 25, 2019 at 12:08pm
In 1965 I was the newly hired Secretary to what was then the Geology Department at University of Wisconsin-Milwaukee. Dr. Greg Mursky was Departmental Chair. I couldn’t have asked for a kinder gentleman than him as my first boss. He was a dedicated educator and a beautiful person who loved his family and life deeply.
Comment Share
Share via: 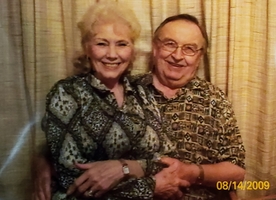 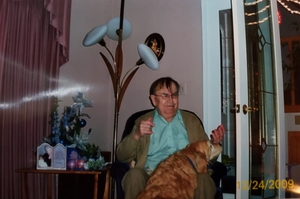 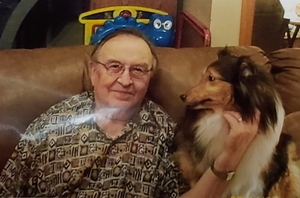