To share your memory on the wall of Elvin Sorensen, sign in using one of the following options:

Provide comfort for the family of Elvin Sorensen with a meaningful gesture of sympathy.

Al truly loved three things - his family, the United States Marine Corps, and the community of Milwaukee, where he lived his entire life. In May of 1942 at the age of 17, prior to the start of his senior year, Al forged his father's signature to enlist in the Marine Corps. Upon leaving for training in California, he warned his buddies at South Division High School to keep away from his sweetheart, Shirley Forster. He said to them he would return to marry her, no matter what, and miraculously he did, after surviving battles in the Marshall Islands. During WWII, Al served in the 1st Armored Amphibious Division and participated in several first-wave assault landings, being the first to arrive on the islands in their amphibious tanks to help secure the beachheads. On Guam, Al's tank was lost, as were each of the other tanks. Out of seven men in his tank, only Al survived. In the course of his military service, he earned a Purple Heart with clusters, Bronze and Silver Stars, three stars for assault landings, and the Good Conduct Medal. "I don't know how I got that one," Al, widely known as a practical joker, once said. He was proud to be in attendance at the dedication of the WWII memorial in Washington DC on May 29, 2004.

In 1945, after recuperating at Oak Knoll Naval Hospital from war injuries, Al returned to Milwaukee to marry Shirley, start a family, and grow several businesses. He founded Neat Cleaners and All State Builders & Designers, which later merged with Eller Lumber to become Eller Builders & Designers. However, throughout Milwaukee, Al, with the help of Shirley and his sons, was primarily known as the successful owner of the two Gas-Lite taverns and the restaurant, Gas-Lite North. Al always loved people and was a humorous rascal who was quick with a joke or a funny story. With his outgoing personality, Al became Navy Club Commander of Ship #43, the youngest (at the time) Exalted Ruler of the Milwaukee Elks Club, President of the Milwaukee County Tavern League, and Executive Director of the National Alcohol & Beverage Association. He loved the outdoors, and in his spare time he enjoyed boating with his family at their cottage on Lake Wisconsin.

The family would like to thank the many friends and excellent staff at Ovation Jewish Center who lovingly cared for Al for over 4 years.

Military Honors will be held at 2pm on November 29, 2019 at Southern Wisconsin Veterans Memorial Cemetery, 21731 Spring St, Union Grove, WI 53182, followed by a memorial gathering from 5pm to 7pm, at Hartson Funeral Home, 11111 W Janesville Rd, Hales Corners, WI. We will gather after for a celebration of life at the Gas-Lite West.

In lieu of flowers, the family suggests donations be made to the Fisher House - MIlwaukee VA www.fisherhousewi.org.
Read Less

We encourage you to share your most beloved memories of Elvin here, so that the family and other loved ones can always see it. You can upload cherished photographs, or share your favorite stories, and can even comment on those shared by others.

The Cohens (Michael, Jenny, Daniel and Ariella) and From The Hale Family, Silverman Family, Ouellette have sent flowers to the family of Elvin R. "Al" "Al" Sorensen Jr..
Show you care by sending flowers

The Cohens (Michael, Jenny, Daniel and Ariella) purchased flowers and planted a memorial tree for the family of Elvin Sorensen. Send Flowers

Large Basket Garden was purchased for the family of Elvin Sorensen. Send Flowers

Posted Nov 21, 2019 at 09:03am
Sending our love from Connecticut , Al was an amazing husband, father , grandfather and friend. The Sorensen family is in our prayers.

Posted Nov 15, 2019 at 10:23am
Please accept my sincere condolences. Death is something we cannot sever, but love and memories last forever. Please know that Jehovah is aware of your pain, he wants to comfort you at this difficult time. Philippians 4:6,7.
Comment Share
Share via:
HS

Posted Nov 13, 2019 at 02:36pm
Please accept our most heartfelt sympathies for your loss... Our thoughts are with you and your family during this difficult time.

Flowers were purchased for the family of Elvin Sorensen. Send Flowers 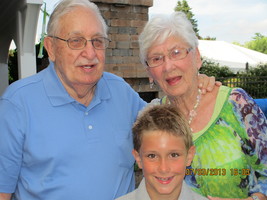 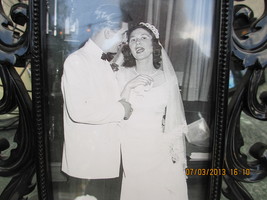