To share your memory on the wall of Dorothy Ander, sign in using one of the following options:

Passed peacefully October 30, 2020 at the age of 88. She is survived by her children and their spouses, Jeff Ander, Gregg and Nancy Ander, Debbie and Jeff D’Agostino, and Cindy Ander. She was the proud grandmoth... Read More
Ander, Dorothy C.

Passed peacefully October 30, 2020 at the age of 88. She is survived by her children and their spouses, Jeff Ander, Gregg and Nancy Ander, Debbie and Jeff D’Agostino, and Cindy Ander. She was the proud grandmother of Jason, Jesse, Erik, Nicky and Danny. Dorothy shared a loving marriage with Jim Ander for 66 years. Jim preceded her in death last year.

Dorothy was born on June 2, 1932 to Arthur & Lillian Stolzenburg. She received her Bachelors degree at the University of Wisconsin - Milwaukee.

For many years after Dorothy got married, she was a professional model, both runway and in print (even after she was a Mother!). After that, she spent much of her time volunteering. She was an active member of the Hales Corners Historical Society, Women's Club, Garden Club, Meals on Wheels and several Gourmet Cooking Club's. After her children were grown she worked as Director of Research for the YMCA.

Dorothy was lauded and recognized as Hales Corners “Citizen Of The Year” for her community service activities!

She enjoyed painting and many of her still lifes and abstracts are being enjoyed and are an important part of her legacy. In later years, Dorothy studied Ikebana, the art of Japanese Flower Arrangment with formal display according to strict rules and received many awards.

In Hales Corners, Dorothy was an active member of Emanuel, United Church of Christ and when in Naples, FL., the Moorings Methodist Church. She was a Green Bay Packers fan and enjoyed many games of dominoes with friends and family.

She will be dearly missed by all who knew her.

Special thank you to Tudor Oaks for their compassionate care. Celebration of Dorothy's life will be held at Tudor Oaks, S77 W12929 McShane Drive, Muskego, 53150. The date to be determined after the COVID-19 pandemic has passed. In lieu of flowers, the family requests donations be sent to: Tudor Oaks Memorial Fund and put Dorothy Ander in the memo line.
Read Less

Receive notifications about information and event scheduling for Dorothy

We encourage you to share your most beloved memories of Dorothy here, so that the family and other loved ones can always see it. You can upload cherished photographs, or share your favorite stories, and can even comment on those shared by others.

Plant a Tree in Memory of Dorothy
Plant a tree 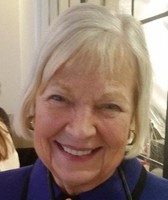