To share your memory on the wall of Anne Peters, sign in using one of the following options:

Anne E. Peters, 92, of Greendale, WI, formerly of Kenosha, passed away of natural causes on Monday, March 30, 2020 at her home with her family.

Anne E. Peters, 92, of Greendale, WI, formerly of Kenosha, passed away of natural causes on Monday, March 30, 2020 at her home with her family.

Anne was born to John and Anna (Gabriska) Uhrin in Kenosha on March 29, 1928. Anne attended local schools and graduated from Kenosha High School in January, 1946. Among her many talents, she played bugle for the Racine Scouts Drum and Bugle Corp.

She loved to travel and see new sights and was the one who organized the family vacations - spacing out driving distances by how long her kids could sit in the car. Many trips were made out west to the Dakotas, Utah, Colorado, Arizona, Texas and places in-between. Anne and Lloyd traveled extensively to Florida when the children were young and later when their youngest son was stationed there in the Air Force. Anne attended the Summer Olympics in Los Angeles in 1984 and in Atlanta in 1992 and visited two World’s Fairs - 1964 in New York and 1982 in Knoxville. She took train trips with her grandchildren to Glacier National Park, Seattle, Boston, Philly, Kansas City and the Grand Canyon. Anne loved to travel with her daughter and son to many state fairs. The trio went on Lamers bus tours and they traveled to at least 25 states together. She also managed the time to be a Cub Scout Den Mother.

Anne was an avid fan of the Milwaukee Brewers and treasured attending many games throughout the years. She really enjoyed playing bingo and gambling on the slots, along with spending time at the family’s lake property in Rome, Wisconsin. The last few years she also enjoyed her days at Our Harmony Club. Anne loved family birthday parties and get-togethers, and was most proud of the accomplishments of her children and her grandchildren.

Anne taught at and supervised the Sunday School at Whitnall Park Lutheran Church in Hales Corners. She was also a member of the church’s Dartball team since 1979, and was the first woman in the Southeastern Suburban Dartball League. Her children and a grandson played with her on the team. Anne played up until her stroke in March 2017, but afterward continued to watch and offer team support.

Anne was first and foremost a homemaker and great mother to her five children. Prior to the birth of her children, she worked for the Kenosha Water Dept. and the Simmons Company in Kenosha. Later, after her children had grown, she worked retail sales for the Burlington Coat Factory in Milwaukee, retiring in 1996 after 14 years of service.

Anne is survived by her children, Thomas (Rosana) of Kenosha, Carol of Oak Creek, Gary of Oak Creek, Steven of Milwaukee and Alan (Janeen) of Muskego and her adoring grandchildren Ryan, Melissa, Kyle (Stephanie), Jacob and Ashley. She is also survived by her sisters-in-law Beverly and Vaneda Peters, and numerous nieces and nephews. She was preceded in death by Lloyd’s parents Otto and Ione, her parents John and Anna, and her sisters Ellen and Mildred.

A memorial service will take place at a future date.

The family thanks the ICU nurses at Ascension SE Wisconsin Hospital – Franklin Campus, all the caregivers at Synergy Home Care & Melissa Langner for their kindness to Anne and her family, and the caregivers at Our Harmony Club. Anne’s sons also thank their sister, Carol, for caring for mom at home for the last two years.

Receive notifications about information and event scheduling for Anne

There are no events scheduled. You can still show your support by sending flowers directly to the family, or planting a memorial tree in memory of Anne Peters (Uhrin).
Plant a Tree

We encourage you to share your most beloved memories of Anne here, so that the family and other loved ones can always see it. You can upload cherished photographs, or share your favorite stories, and can even comment on those shared by others.

Posted Apr 03, 2020 at 09:47am
I remember snippets from when I was three or four when Auntie Anne would have my twin brother, John, and I at her apartment in Kenosha where there was what seemed like a huge field behind her apartment but was probably actually just a backyard. It's one of the earliest memories I have of anything in my life.
I really appreciated her at Christmas when she and her family came over to our house and she would deliberately seek my brother and me out to just talk to us in our bedroom. I don’t remember any of our conversations, but after them, I always felt as though I had been listened to.

My condolences to all the Peters. 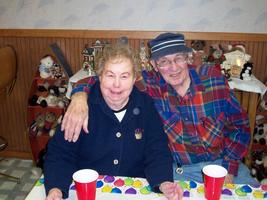 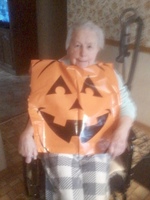 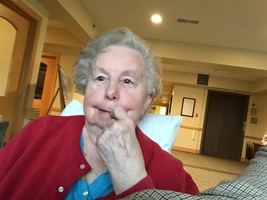