To share your memory on the wall of Youssef Azmani, sign in using one of the following options:

After traveling to the United States in his teens, Youssef was recruited to play soccer in the Twin Cities. He would spend his high school years at Kennedy High School in Bloomington, MN. After high school he bounced from Concordia University in Moorehead, MN, to the University of Minnesota, and eventually landed at the University of Wisconsin ­‐ Stout. He always claimed he was “just looking for Julie”.

While at the University of Wisconsin ­‐ Stout, Youssef joined the Sigma Tau Gamma fraternity. It was from this time at Stout that his children would hear many stories about a search for the Golden Barrel, his days as Pledge Master & House Manager and countless other Sig Tau adventures. It was his days at Sig Tau that led him to find Julie, and shortly after he proposed. In December of 1984 Youssef graduated from Stout with his Bachelors of Science in Engineering. He married Julie, the love of his life, on August 10th 1985, settled in Milwaukee, WI, and together they raised 8 beautiful children.

Youssef spent most of his career in Aviation Technology where he had great success, but he would be the first to tell you that his career success was not what was most important. A series of unfortunate events would lead him to launch his own company, Aha! Concepts LLC. It was there that Youssef would go back to his roots, working with his hands to create The Un­‐Block.

The light of his life was his wife and family. He and Julie always agreed, family first. His kids were his pride and joy, there was nothing he wouldn’t do for them. Youssef had the biggest heart, and a kind, gentle way of approaching any situation. His ability to see the best in others was one of his greatest qualities.

If you asked Youssef, he would tell you that your possessions in life are not what make you who you are; he didn’t believe the riches of a man were measured by possessions or a bank account. He understood the simple things in life and went out of his way to help others appreciate them. Whether it be waking everyone up for a sunrise on the beach, while still wrapped in comforters & with pillow marks on your face as a companion, or the way he would stay after the circus parade offering meals right off the grill to the homeless, police, and clean up crews.

He had a brilliant mind, and believed the best way to accomplish anything was with a positive attitude. Youssef was a true example of loyalty, determination and forgiveness. He was a wonderful leader, but a quiet leader; the kind of leader people were drawn to. He taught his family to be kind and giving, but often referenced the importance of keeping your eyes open and being aware of your surroundings.

To say Youssef was an outdoorsman would be an understatement; his connection with nature was something one would have to witness. He found great peace and comfort in being outdoors, whether it be a long day of yard work, playing the back nine, or a beer around the bonfire; he found all of them equally gratifying.

Towards the end of his life he found great peace with his deep faith, his love for the blessed Mother Mary and that there was value to the suffering he endured. He would have gone through it all again if it meant that we were changed for the better and did better for the world around us.

His legacy lives in each and every one of us. He will not be forgotten, always be loved, and be waiting for us with a beer and a backgammon board set up when it comes our time. He was the best husband, father, brother, son, friend and we were blessed to have him.

To send flowers to the family or plant a tree in memory of Youssef Azmani, please visit our Heartfelt Sympathies Store.

Receive notifications about information and event scheduling for Youssef

We encourage you to share your most beloved memories of Youssef here, so that the family and other loved ones can always see it. You can upload cherished photographs, or share your favorite stories, and can even comment on those shared by others.

Boss Family, Cameron Souri, and other have sent flowers to the family of Youssef Azmani.
Show you care by sending flowers

Flowers were purchased for the family of Youssef Azmani. Send Flowers

Posted Jul 08, 2020 at 09:26pm
Pilar and family, please accept our most heartfelt sympathies for your loss. Our thoughts are with you and your family during this difficult time.

Posted Jul 08, 2020 at 07:35pm
Wishing you peace to bring comfort, the courage to face the days ahead and loving memories to forever hold in your hearts. 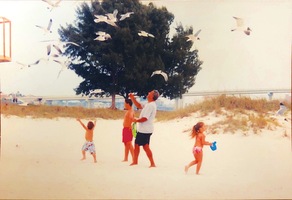 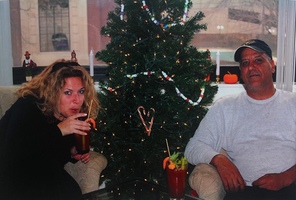 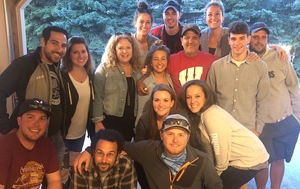