To share your memory on the wall of Thomas Tarnowski, sign in using one of the following options:

Provide comfort for the family of Thomas Tarnowski with a meaningful gesture of sympathy.

Nothing made him happier or prouder than his family. Tom adored his wife, Milly, and said (truthfully) that she was the sweetest person he ever met. The love story of Tom and Milly began when they were 13 at the Youth Group at Bethany Church. They later sang in choir together and have been singing together ever since, most recently in the Wilsonnaires at the Wilson Park Senior Center. He had a beautiful, bass voice and natural singing ability. His love for music was such a part of him that he could still sing songs, even when he was having a hard time speaking and remembering everything else.

Tom loved life and had a wonderful, hilarious sense of humor that stayed intact, even when his memory went away. Also innate were his manners, and his respect and caring for others. He remained a gentleman until the end. Tom loved making home movies, and semi-professional movies (thank you MATA), and created several memorable family pieces for us to treasure; as well as for Wilson Park Baseball, the Syrena Dancers, and Memorial Church – to name a few.

Tom loved baseball and sports. He played hardball and later, softball. He coached and participated in the Wilson Park Baseball Association in various capacities over five decades, being a friend and mentor to many kids and families, and helping it grow into what it is today. His priority was investing in and loving the kids. It was there that he got the moniker, “Mr T.” He also loved to golf. He once was awarded “the longest drive” by his friends after hitting a ball into the back of a pickup truck that drove away.

Tom had to forego walking across the stage for High School graduation at Boys Tech as he entered the Marine Reserves in 1950 at age 17. Many years later, he was invited back to Bradley Tech where he received his diploma and a standing ovation. He worked for 50 years as an electrician at several companies and was a proud and fierce union member. He believed strongly in unions, public transit, our country, and democracy; and he was not afraid to stand up and/or speak up about his beliefs. He and Milly attended speeches, rallies, and marches.

Tom enjoyed his jobs and the people he worked with. He worked until he was 72. After retirement he faced different health challenges and began to experience memory loss. As his health declined though, somehow, he just grew sweeter.

Heartfelt and special thanks to the unbelievably awesome Sisters and staff at St. Ann Rest Home, for caring for “Mr. T” as though he was their own family. There is no better place in the Milwaukee area. We owe St. Ann’s a debt of gratitude that can never be repaid.

In keeping with Tom’s wishes, cremation has taken place. No funeral services will be held. Our family would deeply appreciate if – in lieu of flowers - friends and family would send memorials to St. Ann Rest Home, 2020 S Muskego Avenue, Milwaukee, WI 53204.
Read Less

We encourage you to share your most beloved memories of Thomas here, so that the family and other loved ones can always see it. You can upload cherished photographs, or share your favorite stories, and can even comment on those shared by others. 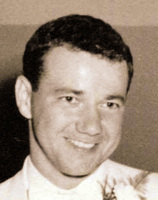