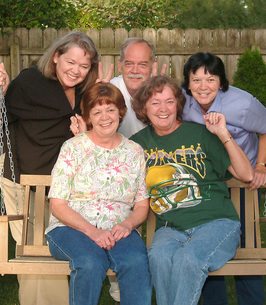 He was married to Olive Slicker for over 47 years, and together they had four children, Ken Seymour, Roy Slicker, Jeff Slicker and Eric (aka Maynard) Slicker. Among the several occupations that Tom was employed in, carpentry was his favorite. He enjoyed hunting, fishing, bowling, wood-working, racing and cheering on the Milwaukee Brewers.

Tom is survived by his wife Olive, his four sons, his grandchildren Hannah Seymour, Delilah Slicker, Mercedes Fultz, Mykayla Fultz and Devin Slicker, his sisters Janice (Thomas) Hablewitz, Carol (Mark) Deprez and Joan Slicker as well as other family and friends. He was preceded in death by his parents and sister Donna Gigl.

A private ceremony for family will be held at his final resting place in Highland Memorial Park in New Berlin, WI.