To share your memory on the wall of Terrence Tomaszewski, sign in using one of the following options:

Terry was a graduate of Pulaski High School and MATC, and served his country as a member of the Air National Guard. Terry found his calling when he learned to code from a colleague at AC Spark Plug. Terry made a living for the next 40+ years as a largely self-taught computer programmer who worked in the mortgage industry for many years (Fleet Mortgage, Universal Mortgage). Extraordinarily patient and disciplined, he took enormous pride in the problems he solved and the work he did throughout his career. Upon retiring, he followed in his father’s footsteps and committed himself avidly to his second career as an usher at Miller Park, where for over 15 years he shared his love of Brewers baseball and helping people by educating Cubs fans on basic Milwaukee etiquette. Terry lived an active life (playing on copious baseball, softball, basketball, volleyball, bowling and horseshoe teams, volunteering at St. John’s Parish in South Milwaukee). He was also a long time member of the Lions Club and kept busy serving others as a poll worker, coordinator of his high school reunions, board member of the Muskego Library, senior taxi volunteer, and many other activities.

Terry and Barbara’s journey together took them from Oak Creek to South Milwaukee, Stevens Point, Florence and Columbia, South Carolina, and eventually back to the Milwaukee area (Menomonee Falls, Muskego and finally Oconomowoc) where Terry spent his final years enjoying time close to his children and grandchildren. He modeled for his family and friends how to live their best lives by always taking the time to share a beer or a meal, and sometimes a lecture. He lived with humility, curiosity, and an authentic love of life. He loved music, played the accordion and loved to dance a polka at family gatherings. His generosity, patience, kindness, and sense of humor warmed the hearts, lifted spirits, and filled his life with friends far and wide.

Terry was immensely proud of his four children, and he supported them in every imaginable way-- as a coach, a teacher, a bank, a babysitter, and always a source of advice-- at every stage of life, serving as both a bedrock of support and a buoy of confidence. Terry’s influence on their lives has been and will continue to be enormous. Truly, immeasurable, Terry’s love and support extended to his nine grandchildren for whom he expressed extraordinary exuberance at every first word and step, performance, competition, graduation, and any other milestone. Every accomplishment, large and small, was worthy of acknowledgement or celebration. Each one of them always knew Grandpa had their back.

Known for being the last to leave the party, nothing would bring him more joy than if friends would raise their glass, tell a story, and have a laugh in his honor.


In lieu of flowers, the family asks that donations be made to support IBM research or to your local Lions Club.

Receive notifications about information and event scheduling for Terrence

We encourage you to share your most beloved memories of Terrence here, so that the family and other loved ones can always see it. You can upload cherished photographs, or share your favorite stories, and can even comment on those shared by others.

Posted Feb 02, 2021 at 03:16pm
To Barb and family, our condolences and and thoughts and prayers. After following one another across the country (jobs) for a few years, Terry and I (and Barb) became good friends, especially after he invited Jenny and I to be members of the Packer backers club in Columbia, SC. Terry was an excellent Packer fan, a great Lion, and although we had not seen each other for awhile, a friend I will always remember. He was just fun to be around because of his love of life and his family. We will miss him.
Comment Share
Share via:
MS

Posted Jan 31, 2021 at 02:54pm
My thoughts and prayers go out to Barb and family. Terry was the one that talked me into transferring to the IT department from managing the Loan Accounting department at Mortgage Associates (then Fleet) many years ago. It was the best advice I ever received and made some great friends along the way in that career. Rest in peace Terry! Hope to raise a glass in his honor with some of them this summer!
Comment Share
Share via: 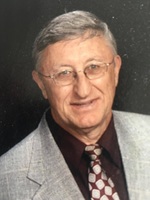