To share your memory on the wall of Scott Hill, sign in using one of the following options:

Scott passed on September 5th, 2020, at age 61, at home surrounded by his wife and children. Scott bravely fought pancreatic cancer over the last year. Cherished husband of Laurie Hill, loving father of Dylan and Lily, he is preceded in death by his father, Robert Hill, and survived by his mother, Shirley Hill. Scott is also survived by his brother, Jeff (Elke), and sister, Joyce. Brother-in-law of Michael Valentine (Ken Hayden), Peggy (Craig) Demski, and Karen (Ken) Heckman. Adoring uncle of many nieces and nephews.

Scott grew up in the Pittsburgh area, and moved to Hales Corners, WI in his early teens. Shortly thereafter, he met his wife Laurie at Whitnall High School. Scott was a talented craftsman who mainly worked as a machinist and fabricator. He loved the outdoors, camping, fishing, and hunting. He was also an avid auto racing fan and loved watching the races with his son Dylan. In truth, he loved doing anything with his kids.

We'd like to thank the entire medical staff at the UW Cancer Center in Pewaukee. Every staff member we encountered during Scott's treatment was patient, kind, and empathetic. A very special thank you to Dr Kelly Cooke and her whole team. Dr Cooke saw us during some very tough times. She showed us such grace and understanding, and meant more to us than she'll ever realize.

Our family is grateful for the compassionate care Scott received from the ProHealth hospice team. Our love and appreciation goes out to Mary, Scott's hospice nurse. She really connected with him,and treated Scott with dignity while guiding him through a very difficult time. A visitation will be held Saturday Sept. 19th from 2-4 pm, Followed by a Private Memorial service, at 4:00 PM.
Read Less

Receive notifications about information and event scheduling for Scott

We encourage you to share your most beloved memories of Scott here, so that the family and other loved ones can always see it. You can upload cherished photographs, or share your favorite stories, and can even comment on those shared by others.

With Love, the MCT family, Beth Valentine, and other have sent flowers to the family of Scott W. Hill.
Show you care by sending flowers

3 trees were planted in the memory of Scott Hill

With Love, the MCT family

Posted Sep 17, 2020 at 11:09am
Scott had a tremendous impact on all who knew him at MCT. We are wishing you and your family courage and peace during this time of mourning.

With Love, the MCT family purchased flowers for the family of Scott Hill. Send Flowers 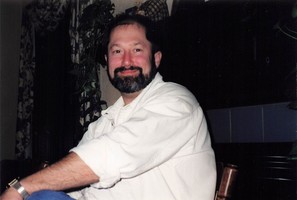