To share your memory on the wall of Salvatore Fuggiasco, sign in using one of the following options:

Salvatore Fuggiasco or “Sam” or “Sam the Piano Man” was truly a force. Sam’s life is one to be celebrated. He survived many hardships, including WWII (awarded a Purple Heart), but you would never know it. His positivity was contagious. He viewed life as a gift and was deeply admired by his family and community. Sam was a very skilled golfer. His happy place was on the course but his passion for golf was only surpassed by his love for music. Sam taught himself how to play piano during the war and made a career as “Sam the Piano Man.” At the age of 21 he began playing in Milwaukee piano bars like Redmill, Rafters, Nino’s, The Friendly Inn and Lacisiro’s. He played back up for Frank Sinatra and Tony Bennet once! In his later years he was a favorite in the surrounding nursing homes and, of course, the star of the Fuggiasco Christmas party. For 72 years he spread joy with music, jokes and stories.

Now he’s our angel in heaven and even in death he will bring love and laughter as we won’t think of him without a smile. May Nancy be there to welcome him to the most beautiful golf course he’s ever seen.

Hear his story about WWII:

To send flowers to the family or plant a tree in memory of Salvatore Fuggiasco, please visit our Heartfelt Sympathies Store.

Receive notifications about information and event scheduling for Salvatore

We encourage you to share your most beloved memories of Salvatore here, so that the family and other loved ones can always see it. You can upload cherished photographs, or share your favorite stories, and can even comment on those shared by others.

Posted Apr 14, 2020 at 01:02am
Sincere Sympathies to you, Pat and to your family. Judy suggested I watch his Veterans History Project video, which I enjoyed. Sam was always such a personable entertainer and told his story really well. He had an amazing life and a wonderful attitude.
Pauline (Jaeger)

Posted Apr 12, 2020 at 08:12pm
I remember Uncle Sam from my childhood in Milwaukee. I have memories of him playing the piano. We moved across the country when I was 10 so I missed much of his life. He had a great smile! Rest In Peace Uncle Sam.
Comment Share
Share via:
L

Posted Apr 09, 2020 at 07:15am
Please accept my sincere condolences. Although it's difficult to see beyond the sorrow, may looking back on memories help comfort you tomorrow. Look forward to the wonderful promise when we will meet again that promise is found at John 5:28, 29.
Comment Share
Share via: 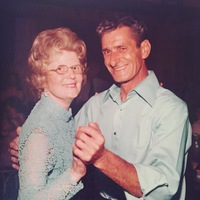 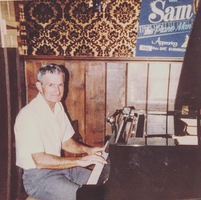 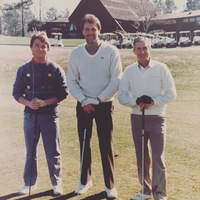 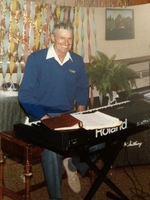