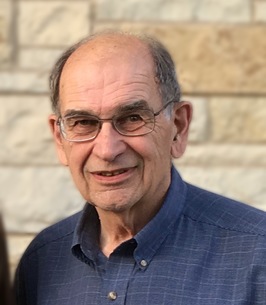 Dick was raised in Menasha where he was active in Boy Scouts and Sea Scouts. After graduating from Menasha High, he attended the Indiana Institute of Technology in Fort Wayne, IN where he met Evelyn. They moved to Wisconsin and bought a home in Muskego where they lived for 61 years. There, he worked as a technician at AC Spark Plug before being drafted into the Army (1961-63) as Chaplain’s Assistant, a role which he modeled his life after, as he was always generous with his time and eager to help but never sought the limelight. Dick earned a degree from Carroll College in Philosophy. He worked at Waste Management before spending most of his career as a machinist with Stanek Tool in New Berlin, WI. After retiring, he became a part-time driver for the Ewald Automotive Group.

He was a ham radio operator (K9BNM) and enjoyed connecting with others near and far. Dick was a Mason (Twin Cities Lodge #61, F&AM), was deeply involved in Order of the Eastern Star (Past Patron of LaBelle Chapter #40), and served on several Committees of Grand Chapter. Also, he was an Advisor to Nathan Hale Chapter of DeMolay and authored the book 100 Years of the Dousman Masonic Home.

Dick will be remembered for his many passions and being a prolific storyteller. He enjoyed listening to music, especially classical and gospel. With a thirst for knowledge, he was an avid reader and even read encyclopedias cover to cover. His love of smoked meats was insatiable, never turning down the chance to use his smoker or to try a new barbecue spot.

But his greatest passion was his family. Dick loved to share how proud he was of his sons’ and grandchildren’s accomplishments. “Papa” / “Grandpa Dick” loved watching his grandchildren play and perform in whatever activities they participated in. You’d often hear him say, “I’d rather watch them than any professional.”

Above all, Dick will be remembered for his sincere generosity and appreciation for those in his life. He was incredibly kind and patient. Caregivers were astonished that he so rarely complained or asked for assistance. The Prunuske family would like to thank the staff of Linden Grove and Court for their compassionate care and support.

One of his favorites – Chocolate Malts! Please enjoy one in his honor…

In lieu of flowers, memorials appreciated to either: