To share your memory on the wall of Richard Kiedrowski, sign in using one of the following options:

Richard Kiedrowski passed away peacefully surrounded by his family on July 10, 2020 at 82 years old after a full and rich life with those lucky enough to know him.

Richard Kiedrowski passed away peacefully surrounded by his family on July 10, 2020 at 82 years old after a full and rich life with those lucky enough to know him.

He is survived by his most devoted and loving wife Margaret (nee Long of Grafton) of 59 years, son Dr. Brian Kiedrowski, daughters Beth Kastner and Jillayne (Jamie) Waggoner, and grandchildren Ethan, Marlo, Bryce and Nicholas. Richard was preceded in death by his mother and step father Roman and Vera Kreid and brother, Jim Kiedrowski.

Richard was born on January 2, 1938 in the rolling hills of Glencoe, WI. He grew up in Fountain City and Sparta, WI. After he and his friends created their own company cleaning officers' barracks in Fort McCoy, he pursued a degree in Secondary Education in History and Physical Education/Health at UW-LaCrosse, graduating in 1960. He later earned his Masters Degree in Science from Winona State University in 1967. He began and taught his entire career at Whitnall High School in Greenfield, WI as a Physical Education Teacher for 35 years. He coached football and wrestling for 16 years and taught Driver’s Education every summer for 23 years.

Richard had the most wonderful, fun and amazing friends and colleagues that connected all of us through great camping trips during Easter vacations to Florida and out West in the summers throughout the years. He and his wife continued the traditions throughout their retirement and added highlight journeys to Alaska, Hawaii, Australia, Ireland and the Panama Canal and snowbirding in Naples, Florida. Bozeman, Montana was his favorite oasis where he fished the Gallatin River up until the age of 78. From the beginning to the end of his life Richard embodied a truly wonderful, rich life, well lived.

Describing Richard would not be complete without embracing his passions: deer hunting (both gun & bow) never missing a season. Packer Sunday was a religion as his life ran on Lombardi time.

Richard Kiedrowski had a commanding presence. He had a gift to lead, teach and coach. He was a continuously positive and happy spirit. People loved to be around him. He impacted thousands of lives. He strongly believed and demonstrated that nothing was more important than family. He will be missed deeply by family, friends and students. May his stories live forever in our hearts.

A private family service will be held. A celebration of life will be announced at a later date when the pandemic has passed. If desired memorials to

Receive notifications about information and event scheduling for Richard

We encourage you to share your most beloved memories of Richard here, so that the family and other loved ones can always see it. You can upload cherished photographs, or share your favorite stories, and can even comment on those shared by others.

Posted Jul 15, 2020 at 03:06pm
To Mr. Kiedrowski's family and friends, please accept my heartfelt condolences for your loss. Mr. Kiedrowski was one of my teachers from 1963 to 1967. While I know I was never among his favorites, he always has been one of my most unforgettable characters and one whose approval I valued and worked for. He could be tough, but that didn't matter when he was in the mood for fun. His smile and laughter made you forget about the times when you didn't quite live up to his expectations.
I've seen high praise here from other outstanding people whose names I know, and I join all of them in remembering Mr. Kiedrowski fondly. We all share in your loss.
Comment Share
Share via:
J

Posted Jul 15, 2020 at 10:44am
With great memories I have of dick in a wrestling squad at Whitmore high school he was the best always a smile he always turned any bad news into good there was always a silver lining for this guy I will never forget them love to the family John Ettlie
Comment Share
Share via:
R

Posted Jul 14, 2020 at 01:14pm
He was my wrestling coach and my favorite coach of all the many years i wrestled and competed in high school and college and it was sad to hear today that he passed i will miss him and i had the utmost respect for him and when i wrestled for him i gave it all i had sorry to hear of your loss, Randy Lex
Comment Share
Share via:
JJ

Posted Jul 12, 2020 at 06:10pm
Marge, Brian, Beth and Jill,
We will always remember Dick for his booming laugh and the way he could make people smile. Just a great guy and a wonderful human being. He was so much fun to be around. Dick was a great fisherman and knew nearly every fishing hole on the Gallatin River from south of the Gateway to highway 84. The Gallatin River has lost the last of the three fishing wizards from Wisconsin. Dick is now in heaven competing with George and Herb for the biggest trout of the day.
Comment Share
Share via: 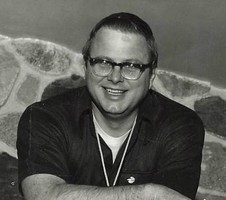