To share your memory on the wall of Raphael Kinast, sign in using one of the following options:

Print
Raphael William Kinast (Ray) 87 years young, of Burlington, passed away peacefully, with a smile on his face, on April 11, 2020.

The farm was his favorite place to be.

The farm was his favorite place to be.

Ray was born in Milwaukee on October 24, 1932 to William and Frances Kinast. He was one of 14 children.

He is preceded in death by his parents, all of his siblings, his wife Charleen and his 2 sons Ray (Lynn) and John.

He is survived by his daughters Rose (Gordon) and Robin (Brian), self adopted daughter Ange (Shawn), grandchildren Joe (Lisa), Jennifer, Karen (Mike), Laura, Bryan, Alexander, Dustin (Marilee), Dylan (Molly) and Angela, great grandchildren Kaiden, Amaya, Hayden and Brycen, many nieces and nephews, and a multitude of "awesome sauce" family and friends. He loved and cherished each one in his own way.

Ray's Dad helped him to get his first job at Milwaukee Road as an accident inspector. He worked for many years at both C&J by the lakefront and AMC/Chrysler (Milwaukee and Kenosha plants.) In 1993, he retired from AMC/Chrysler after 33 years. He was very proud of this.

Ray was a unique individual. He liked doing things his way. When he wanted to learn or know something, he would dive wholehearted into it. He learned about car mechanics, welding, farming, gardening, lapidary(rocks and gems), fish, birds, auctioneering and much more. His favorite way to learn was from "old timers" who had tried and true knowledge.

He loved "making the rounds" to visit family and friends.

He liked going to pigeon meets, rummage sales, junk picking, bingo and all you can eat buffets. He was always looking for a good deal, especially at St. Martin and 7 Mile Fair.

Ray liked building and making things. Some of the things he made were trailers from car chassis, lamps from statues, welded keepsakes, and wooden items which included wall plaques and walking canes. (Some of his canes, his brother Matt whittled the tops for.) He built and made many pigeon coups and other smaller projects.

He dreamed of building his own home. When he was 70 that dream became a reality. He and a friend built his home. He later added carousel horses lining his driveway that lit up at night, which he loved to show off to everyone. Two years later he built a separate garage.

He enjoyed making the holidays special. Easter was his favorite holiday.

We celebrate the life and multifaceted memories of Ray. He will be buried next to his sons at the Last Home Cemetery in Germantown. In lieu of a memorial service at the time, we ask you to share a photo and/or beloved story.

In his honor, plant a Victory or Square Foot garden and in Ray's words, "See what pops up."

*A very special Thank you to Lakeland Aurora Medical Center staff in Elkhorn, Dr. Poplar and Ray's neighbor and best friend Ange. You went above and beyond to make sure Ray felt comfortable and truly cared for in his last days.
Read Less

To send flowers to the family or plant a tree in memory of Raphael William Kinast, please visit our Heartfelt Sympathies Store.

Receive notifications about information and event scheduling for Raphael

We encourage you to share your most beloved memories of Raphael here, so that the family and other loved ones can always see it. You can upload cherished photographs, or share your favorite stories, and can even comment on those shared by others.

Posted Apr 22, 2020 at 10:43pm
Ray was a great guy and friend I worked on the farm for him and we talked about pigeons and AMC sales 7 mile fair great stories and lots of laughs
Comment Share
Share via:
JK

Posted Apr 16, 2020 at 02:07pm
I am honored to have been a part of Ray's Healthcare Team. After looking at the pictures you posted, I can see that he had a wonderful life and has a wonderful family. I will miss seeing him and will always remember that Green Bay Packer Sweatshirt. Jo Ann NP.
Comment Share
Share via:
HS

Posted Apr 14, 2020 at 11:04pm
xoxoxoxoxoxo! Thinking of you and all the LOVELY times we have had together! I remember your Dad singing to me whenever I came for a visit. 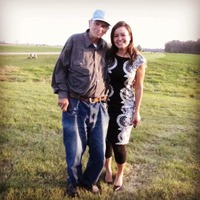 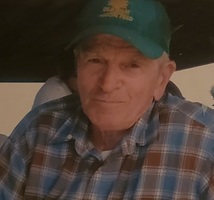 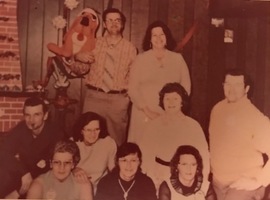