To share your memory on the wall of Ralph Stephens, sign in using one of the following options:

Provide comfort for the family of Ralph Stephens with a meaningful gesture of sympathy.

Ralph graduated from James Madison High School in 1973. If you were at The Tracks in the ‘70’s, you know him as DJ. His musical taste and knowledge go back to his work at Radio Doctors and 1812 Overture. He worked in sales, construction, trucking, and taverns. He lived in Los Angeles and Milwaukee.

We will miss his quick wit and sense of humor, his kind spirit, and his crazy memory for all things long ago. Our hearts are heavy, but his life was hard.

The family sends sincere thanks to his many friends, and the Community Care staff and providers, who cared for and about him over the years. No services will be held. Please honor his memory in a way that is meaningful to you.
Read Less

We encourage you to share your most beloved memories of Ralph here, so that the family and other loved ones can always see it. You can upload cherished photographs, or share your favorite stories, and can even comment on those shared by others.

Posted Dec 19, 2019 at 03:05pm
Heartfelt Condolences to family and friends of Ralph Stevens. Ralph was a close friend of my older cousin and I watched them in wonder as they listened to music like the Rolling Stones, David Bowie and they always seemed to be the cool guys to us. He is at peace now in heaven and probably ensuring heaven knows the art of rock and roll!
Comment Share
Share via:
L

Posted Dec 12, 2019 at 09:37am
Your family have my sincere condolences. It is a painful thing to lose a love one in death. Death brings great sorrow. Even Jesus cried when Lazarus died. But know that our Heavenly Father the one of all comfort and tender mercies is always here to get us through the difficult times. 2nd Corinthians 1:3,4.
Comment Share
Share via:
SM

Posted Dec 11, 2019 at 10:29pm
I'll never forget the days hanging out with ronnie and his crew, down in Ronnie's basement. Man, we had some fun. Includes Ralph, roch, al, chunky and myself dan pozy. Chillin out listening to motthehopple with "all the young dudes" and "sweet jane". It was a pleasure to have known Ralph! Rock on and rest in peace Ralph!🤘❤

Thank you for sharing that! We loved him too. Marla
MB

I was there in those days. We smoked an awful lot of pot and listened to Tommy by the Who. One day I was returning a keg tapper to the Stephen's house and Ralph came to the door. I was smitten. I was only 17 years old but I managed to get into the Tracks on Tuesday night, ladies night. I never left! I spent "time" with Ralph up until 1985 when I move to Florida. He has never left my heart or mind. I got sober in 1988 and wondered if he ever did. I am praying for him and his family. I know in my heart what a good person Ralph was. May he rest in peace. 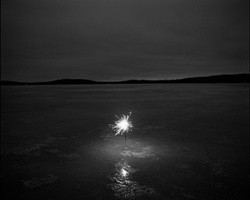 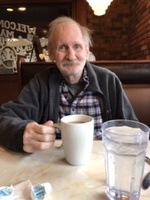 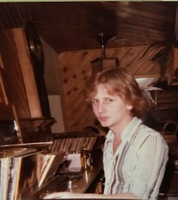