To share your memory on the wall of Rachelle Bergeron-Hammerling, sign in using one of the following options:

Rachelle Lynne Bergeron was born on July 7, 1986 in Waukesha, Wisconsin.
She entered into the arms of her Heavenly Father on October 14 at the age of thirty-three.
Rachelle had ... Read More
OBITUARY OF RACHELLE LYNNE BERGERON-HÄMMERLING

Rachelle Lynne Bergeron was born on July 7, 1986 in Waukesha, Wisconsin.
She entered into the arms of her Heavenly Father on October 14 at the age of thirty-three.
Rachelle had been serving as the Acting Attorney General of the island of Yap, Federated States of Micronesia.
Rachelle began her higher education in Florida at Clearwater Christian College, B.S Pre-Medicine, graduating a year early. Rachelle then graduated from the University of Florida Levin College of Law, Gainesville J.D., cum laude, as well as the University of Florida College of Pharmacy with her Master of Sciences of Pharmacy in 2010. Rachelle studied abroad in South Africa, worked as a legal intern in Beijing then in New York at the United Nations’ World International Property Organization, and later joined The International Justice Mission in Bangalore, India for several years fighting human trafficking. Rachelle had been working in Yap for the past four years as the Assistant Attorney General and had been recently promoted to Acting Attorney General of the island. Rachelle was passionate about justice and was the voice for the voiceless serving with unwavering courage and great compassion.

Rachelle is survived by her loving husband, Simon Hämmerling and their daughter Deesha, born in Yap, of whom they were in the process of officially adopting. She will be forever missed by her parents Thomas and Tamara Bergeron of Germantown, WI, brother Ryan Bergeron in Austin, TX, sister Emily Bergeron in Denver, CO, and brother Nicholas Bergeron in Minneapolis, MN. Beloved by her grandmother Mary Bergeron of Milwaukee, WI, and by her grandfather Elverne Garner of St. James, MN, as well as her uncles, aunts, cousins, and many friends and colleagues.

To send flowers to the family or plant a tree in memory of Rachelle Lynne Bergeron-Hammerling (Bergeron), please visit our Heartfelt Sympathies Store.

Receive notifications about information and event scheduling for Rachelle

We encourage you to share your most beloved memories of Rachelle here, so that the family and other loved ones can always see it. You can upload cherished photographs, or share your favorite stories, and can even comment on those shared by others.

Posted Nov 02, 2019 at 12:05pm
I remember when she was a little girl. I would visit with Tom and Tammy a lot at their home in Waukesha, when I started going to Pilgrim Baptist Church. Her family is so loving and kind. They helped guide me in so many ways. I’m so truly sorry for the loss of their daughter. My condolences, to her parents, siblings, husband, Simon, family and friends.
Julayne Marks-Hayes
Comment Share
Share via:
HM

Posted Oct 30, 2019 at 08:59pm
We are thankful for the many memories of Rachelle at WCA. We are praying for comfort and strength from God for you all during this difficult time.

Flowers were purchased for the family of Rachelle Bergeron-Hammerling. Send Flowers

Posted Oct 30, 2019 at 07:19am
May you continually be comforted by thoughts of happier times of precious memories. May God "surround and comfort" you at this sad time. Psalm 71:21.
Comment Share
Share via: 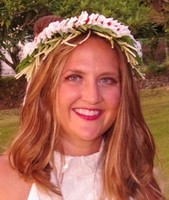