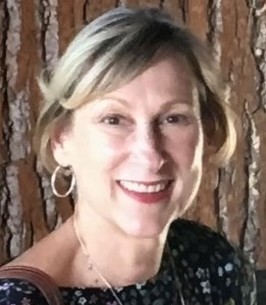 Michele Ann Ganschow, 67, of Waukesha, WI (formally of Normal, IL) entered eternal rest on June 11 at her home with her family at her side. She was born February 17, 1955, in Lincoln, Illinois, the daughter of William and Marilyn Armbrust.
Michele graduated from Streator High School in 1973 and later went on to graduate summa cum laude from Illinois State University receiving a Bachelor of Science degree.
She worked many years in the Department of Politics and Government at Illinois State University until retiring in 2011. She later worked part-time as a sales associate for eleven years at Macy’s in Wauwatosa until February of this year. She was always known as the one you could rely on to get the job done with a smile. Michele was an avid Green Bay Packer fan, loved to garden, tend to her house plants, cook, cared dearly about animals but most importantly she enjoyed playing with her grandchildren. She found fulfillment in making memories with them.
Surviving is her husband, David, of 38 years; son William (BJ) and his wife Lindsey (Arr) of Normal, IL; son Jeremy of Bloomington, IL; her father; three grandchildren, Edgar, Harrison, and Grace; two brothers Mike and his wife, Marsha, of Bloomington and Paul and his wife, Kim, of Normal; and many nieces and nephews.
She was preceded in death by her mother, mother and father in-laws, and grandparents.
Her family would like to extend a special thank you to Dr. Adam Siegel, Dr. Sharma Kavita, Aurora Zilber Family Hospice Center, and the Aurora Home Hospice team.
A Celebration of Life will be held at the Ozark House Restaurant, 704 McGregor Street, Bloomington, IL Sunday June 26 from 2-4pm with a second one at the Ganschow residence (801 Minaka Drive, Waukesha) Sunday, July 10 from 1-3pm.

Memorials may be made to the St. Jude Children’s Hospital.