To share your memory on the wall of Martin Gluckstein, sign in using one of the following options:

Dr. Gluckstein graduated from Brooklyn Technical High School in 1946. He attended Brooklyn College before transferring to the University of Michigan, Ann Arbor, where he met and married Marjorie Bliese in 1951. While in Ann Arbor, he earned a BSE in 1950, an MSE in 1951 and a PhD in chemical engineering in 1957. He became a Registered Professional Engineer in October 1957 and worked as such for the next 59 years including university research, teaching, research and management at Ethyl Corporation (Detroit and Baton Rouge) and consulting. He was a life-long supporter of his children’s academic and sporting endeavors.

After a move to Baton Rouge, Louisiana with Ethyl Corporation, he and Marjorie retired to Brookfield, Wisconsin in 1992. They were married in The First Unitarian Church of Ann Arbor and active members in Unitarian Universalist churches in Michigan, Louisiana and Wisconsin.

Visitation at Hartson Funeral Home on Friday, February 14th from 5 to 7 PM. Funeral Service at Unitarian Universalist Church West, 13001 W. North Ave., Brookfield, WI on Saturday, February 15th at 12 Noon. Visitation at the church prior to the service from 10:30 AM to 11:45 AM. Following the funeral service there will be a private committal at the Wauwatosa Cemetery. In lieu of flowers, donations may be sent to the Lutheran Home Foundation, the Milwaukee Symphony Orchestra, and the Unitarian Universalist Church West in Brookfield.
Read Less

To send flowers to the family or plant a tree in memory of Martin E. Gluckstein, please visit our Heartfelt Sympathies Store.

Receive notifications about information and event scheduling for Martin

We encourage you to share your most beloved memories of Martin here, so that the family and other loved ones can always see it. You can upload cherished photographs, or share your favorite stories, and can even comment on those shared by others.

Jamie and Dave Werner and Kristin and George Kleist sent flowers to the family of Martin E. Gluckstein.
Show you care by sending flowers

Dreams from the Heart Bouquet was purchased for the family of Martin Gluckstein. Send Flowers

Jamie and Dave Werner purchased flowers and planted a memorial tree for the family of Martin Gluckstein. Send Flowers

Posted Feb 10, 2020 at 07:48pm
Heartfelt sympathies to Aunt Marje and our cousins. Our thoughts are with you.

Sweet Tranquility Basket was purchased for the family of Martin Gluckstein. Send Flowers

Posted Feb 07, 2020 at 04:41pm
Wonderful memories remain of our visits as children with Uncle Marty and the family reunion. Love to you all , 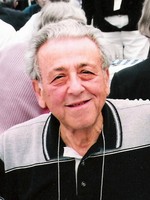 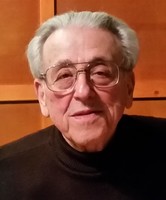 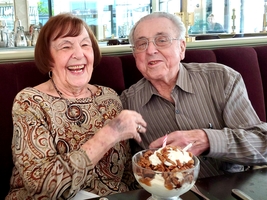 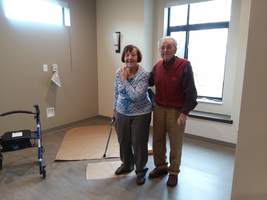