To share your memory on the wall of Marion Gratz, sign in using one of the following options:

From 1940 to 1968 Marion served as a Franciscan religious under the name Mary Janice O.S.F. She taught in all level schools sponsored by the order. As Sister Janice she spent 1956 to 1957 at the University of London, England, in advanced study. She earned a degree in Education (PhB)/English with a license for Wisconsin Elementary and Secondary English teacher, of reading grades 1 to 12. On December 31, 1968 she had a dispensation from the order. And then taught as Ms. Marion Gratz from 1969 to 1987 in the Milwaukee Public Schools. During that time, she spent nine years teaching English and Reading at North Division High School in Milwaukee as the Learning Coordinator.

After teaching for 44 years in private, parochial and public schools Marion retired in December of 1987. During her retirement Marion volunteered her time as a teacher to Cardinal Stritch College in Milwaukee. She also donated the life size statue of Saint Francis of Assisi that is standing outside in front of Cardinal Stritch College. There is a plague in front of this statue explaining about this generous donation of the benefactor.

She moved from Wind Lake, WI to Tudor Oaks Retirement Community in Muskego, WI during July of 1994. Marion was an active volunteer with various committees at Tudor Oaks for over 14 years. She especially enjoyed serving for the Catholic Religious Services. And giving new residents an historical tour of Tudor Oaks Campus via golf cart.

Marion grew beautiful pink and purple petunias and other special flowers for the hummingbirds. Sandhill Cranes came to her porch where she had fresh water and food for them. Year after year they brought their babies for the enjoyment of the Tudor Oaks residents who kept track of their development.

Marion enjoyed almost 25 years at Tudor Oaks and made many close friends with residents and staff.

For the last two years of her life, Marion resided at Library Terrace Assisted Living in Kenosha with her beloved cat, Lara. The family and friends of Marion Gratz are deeply grateful for the compassionate and loving care given to her by the staff and residents of Library Terrace who made her final years very happy ones.

And Marion’s family also wishes to thank Father Dwight Campbell of Saint Therese of Lisieux Catholic Church in Kenosha for taking care of all the spiritual needs that Marion needed. Especially in the last few days of her life.

Marion was an avid Packer fan and enjoyed watching every game. She spent Thanksgiving and Christmas with her relatives in Burlington. During the summer she never missed a Soens Family Reunion or Packer Picnic.

Marion is preceded in death by her parents, George and Josephine (Fliess) Gratz of Paris and Kenosha, WI. Also, by her brother Joseph who died at birth in 1924.

A memorial Liturgy at St. Martins of Tours Catholic Church, 7963 South 116th Street, Franklin, WI, will be on July 15th at 11:00 am.
Private inurnment next to her parents in St. George Cemetery, Kenosha, WI will be set at a later date.

To send flowers to the family or plant a tree in memory of Marion Evelyn Gratz, please visit our Heartfelt Sympathies Store.

Receive notifications about information and event scheduling for Marion

We encourage you to share your most beloved memories of Marion here, so that the family and other loved ones can always see it. You can upload cherished photographs, or share your favorite stories, and can even comment on those shared by others.

Posted Jul 13, 2020 at 11:12am
Marion had such a richly giving ,blessed and inspiring life. She will be missed by many. I would think we will have someone up there to give us a tour of heaven when it is is our turn. I will pray for you and to you, Marion. Pray us up there Marion and thank you for being one of your many friends. Coreen
Comment Share
Share via:
S

Posted Jul 12, 2020 at 11:13am
I had the privilege of being Marion’s colleague at North Division High School for many years and remember her with fondness and affection.
Susan Koenigsber
Comment Share
Share via: 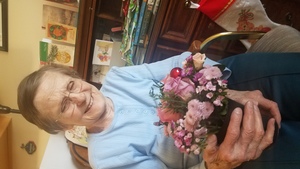 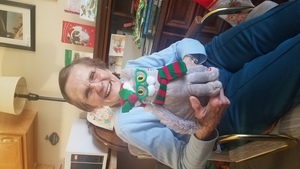 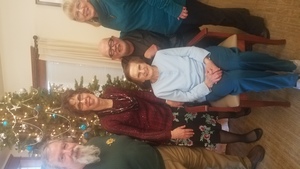