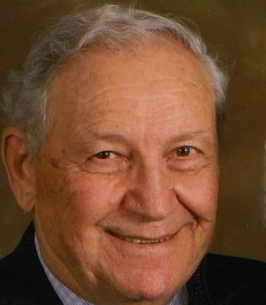 Luther (Lou) W. Graef found peace with the Lord at the age of 90, on August 11. 2022. Born on August 14, 1931, at Mt. Sinai Hospital in Milwaukee, Wisconsin. He is survived by his Wife Lorraine N. Graef, his Son Ronald W. (Katherine) Graef, his Daughter Sharon (Ronald) Pike, his Son Gerald Graef (Margaret Malay); his Grandchildren Kimberley Graef, Jodi Graef, Shana Pike, Clint Pike, and his Great Granddaughter Lillyanna Kubicki. He is preceded in death by his mother Pearl E. Graef, his father John J. Graef, and his grandson Aaron Kubicki.

Lou served in the US Army and Reserves from 1953 until 1958. Lou Graef was the last surviving partner of the firm he formed with Len Anhalt and Bob Schloemer, known as “Graef, Anhalt & Schloemer in July 1961. He was active in the engineering field all of his life, serving as President of ASCE where he traveled extensively, with Lorraine, representing Civil Engineering around the world. He also served as the U.S. Engineering Representative to the United Nations. He was a Scout Master for over 48 years, and was very active in his community and his church. Lou retired from the firm in 2009 and continued traveling with Lorraine and many friends during his retirement.

Lou was a devoted husband to his wife Lorraine for over 67 years. He was a loving and caring father and grandfather to his family. He will be forever missed.

In Lieu of flowers, Memorials for Luther may be directed to Whitnall Park Lutheran Church,