To share your memory on the wall of Lawrence Rodabaugh, sign in using one of the following options:

Print
Lawrence Eugene Rodabaugh passed into the arms of Jesus on February 17, 2021 at the age of 86.

Larry was born in Illinois to Reverend Clyde and Orril Rodabaugh on February 26, 1934. Raised in Indiana, he graduated from Rose-Hulman Insti... Read More
Lawrence Eugene Rodabaugh passed into the arms of Jesus on February 17, 2021 at the age of 86.

Larry was born in Illinois to Reverend Clyde and Orril Rodabaugh on February 26, 1934. Raised in Indiana, he graduated from Rose-Hulman Institute of Technology, where he was in the Army ROTC. He was a loving brother to Wayne (Sandy), Maxine, Dave (Ann) and Dan (Stanita).

Beloved husband of the late Betty Jean (Sweeney) for almost 60 years. Residents of Brookfield, Greendale, and snowbirds in Scottsdale, AZ. He and Betty made great friends wherever they went.

Larry retired from General Electric after 38 years. He was a great athlete who loved watching sports and playing tennis, baseball and softball. He played on and managed the Elmbrook Church softball league in his younger days. He played in the Senior softball leagues for 30 years, playing in the Senior Olympics and tournaments across the country until he was 85 years old. He was a long-time member of Elmbrook Church, the GE Elfun Society, and GE Quarter Century Club. He loved to talk and tell stories with amazing details. He was cherished by his family who will miss him deeply until we see him again in heaven.

A memorial service will be held at a later date. Condolences may be sent to Hartson Funeral Home, 11111 W. Janesville Rd, Hales Corners, WI 53130.

Receive notifications about information and event scheduling for Lawrence

We encourage you to share your most beloved memories of Lawrence here, so that the family and other loved ones can always see it. You can upload cherished photographs, or share your favorite stories, and can even comment on those shared by others.

Plant a Tree in Memory of Lawrence
Plant a tree 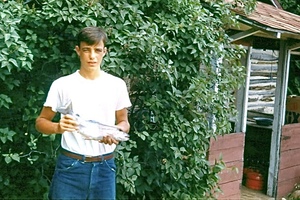 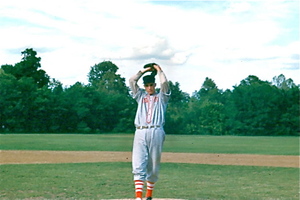 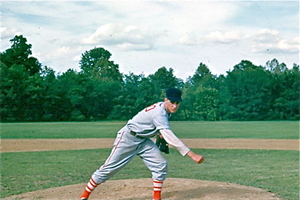