To share your memory on the wall of Kenneth Miller, sign in using one of the following options:

Kenneth was a man of character, integrity, and strong opinions who instilled in his six children a dedicated work ethic. He spent 40 years working for the Wisconsin Electric Pow... Read More
Kenneth Paul Miller
June 19, 1930 - November 30, 2020

Kenneth was a man of character, integrity, and strong opinions who instilled in his six children a dedicated work ethic. He spent 40 years working for the Wisconsin Electric Power Company - at all hours of the day and night and in all kinds of weather - to ensure his family had all that was necessary. We didn’t have a lot of ‘extras’, but we had what was important. He made sure we had a roof over our heads, food on the table, clothes on our back, and a Catholic education. The sacrifices were many to make this happen, and we never heard him complain about it.

Our Dad will not be remembered for his carpentry skills or his ability to DIY, but he managed to configure the tiny family home to house six kids and two adults, and quite often, a dog or two. And maybe some rabbits. It was cramped and sometimes noisy, but in that atmosphere, we learned how to love each other, how to share, and how to deal with different personalities.

Having five daughters was probably a bit of a challenge for our Dad. He grew up with one sister and didn’t really know how to handle the vagaries of girls growing up. The lone son, Ken, was Dad’s hunting partner and someone he could actually relate to. He greatly appreciated Ken’s talents as a mechanic and carpenter and treasured their time together. He did his best to show us all that he loved us.

He loved the outdoors. He lived for deer season when he could go up to Ogema, hang with his son and relatives, and maybe get a deer. He hunted deer, goose, rabbit, pheasant, ducks, and even bagged a bear that proudly hangs on the wall. He also enjoyed fishing, going out regularly with his son, sons-in-law, and brother to catch a variety of species. Bullheads - which were a constant scourge - were his nemesis. Walleye were his favorite. Just don’t ask him to filet the fish (he … wasn’t very adept at it)! He was thrilled when his daughter Tracy expressed an interest in hunting and he could take her with him, and proud of the geese and big buck she shot.

He was a man of faith that grew over the years. He always made it to Church on Sunday and expected his children to do the same. God was important and he wanted his kids to know that, even though it wasn’t always explicitly expressed. The way he lived his life - with honesty, hard work, courage - set an example for his family of what a good and godly man should act like.

That said, he was not a person who lived a quiet or contemplative life. He liked to have fun in his younger years, and the family has many fond recollections of parties at our family home (they couldn’t afford a babysitter) and gatherings with friends and neighbors that went into the wee hours. Laughter, love, and good times could be found at the Miller house. And probably a Manhattan or two.

He served in the Army during in the Korean War, stationed in Japan as an MP. This service to our country helped inspire three of his grandsons to join the armed forces. He could not have been more proud to attend and participate in several of their ceremonies. His journey with his son on the Honor Flight to Washington DC was a highlight for him and he treasured that memory. As do we.

His last years were troubled with health issues and pain. Yet, he did not lose his fiery temperament and never failed to tell us that he loved us.

The loss of his beloved wife, Mary Ann, in January of this year was a severe blow, both emotionally and physically. She was his everything and he found navigating life without her difficult and sad. Even though the family rallied around him in support and love, we knew he wouldn’t be here long without her.

It’s difficult to say goodbye to your Father, especially when his passing follows so closely on the heels of the death of your Mother. But, God’s timing is always perfect, so we say ‘Farewell, Dad' until we meet again. Enjoy the new hunting grounds - pain free - and being with Mom again. Thank you for everything!

A visitation will be held on Thursday December 3rd at Hartson Funeral Home, 11111 W Janesville Rd Hales Corners, 53130, from 5pm to 7pm.v A Mass of Christian Burial will take place on Friday December 4th at St Leonard Catholic Church, W173S7743 Westwood Dr. Muskego, WI 53150, at 10am. Masks are required for attendance for both events.
Read Less

Receive notifications about information and event scheduling for Kenneth

We encourage you to share your most beloved memories of Kenneth here, so that the family and other loved ones can always see it. You can upload cherished photographs, or share your favorite stories, and can even comment on those shared by others.

Posted Dec 02, 2020 at 10:18am
Please accept our heartfelt sympathies for the loss of your father. Wishing peace to bring comfort and loving memories to hold in your hearts.

Posted Dec 01, 2020 at 08:18pm
On behalf of all your friends at SEDA, please accept our most heartfelt condolences on your loss.

Posted Dec 01, 2020 at 05:42pm
Please accept our most heartfelt sympathies for your loss... Our thoughts and prayers are with your family during this difficult time. 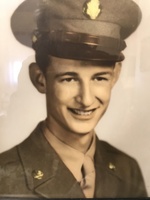 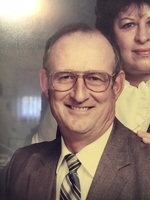 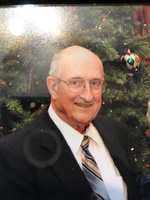