To share your memory on the wall of John Ferree, sign in using one of the following options:

Receive notifications about information and event scheduling for John

There are no events scheduled. You can still show your support by sending flowers directly to the family, or planting a memorial tree in memory of John Robert Ferree.
Plant a Tree

We encourage you to share your most beloved memories of John here, so that the family and other loved ones can always see it. You can upload cherished photographs, or share your favorite stories, and can even comment on those shared by others.

Posted Jan 21, 2020 at 10:52am
John you will always be in my heart. Take care of Mom and Dad. The best time we had as a family was with Roena, you , Rose, and Rick, also Jason and Amber and my granddaughter Mariah, plus Jodi, Gary, Hap, Mary and all the rest of our nieces and Nephews. That was the best time for along time when we were together I love you very much and I will miss texting you. Rest in peace.
Comment Share
Share via:
TF

Posted Jan 20, 2020 at 05:45pm
May Uncle John Rest in Peace, and the memories to bring joy into the hearts of those that loved him. Love and sympathy during this time of transition. 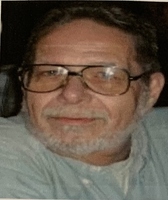