To share your memory on the wall of Jeanette Hall, sign in using one of the following options:

After graduating from Morgan Park Academy she attended University of Illinois, where she
joined the Pi Beta Phi Sorority.

She enjoyed summers at Beverly Hills Country Club where she met Charlie Hall. On December
26, 1947, Jeanette married Charles Hall. Together, they settled in the Chicago neighborhood of
Beverly where they had eight children and eventually moved the family to Wauwatosa,
Wisconsin.

Jeanette worked at Marshall Fields and Co., where she developed her knowledge of fine
collectables. She expanded her career by starting Treasure Traders, one of the first estate sale
businesses in Wisconsin. While growing her business, she was a docent at the Milwaukee Art
Museum and a member of the American Society of Appraisers.

Jeanette and Charlie were active members of St. Jude Parish, developing long lasting
friendships through the years of volunteering at the school and church festivities along with the
trips with fellow parishioners.

Early love of beaches and sunsets started with South Shore Country Club, then 20 plus years in
Grand Haven, Michigan. Eventually, their love of the beach drew them to Fort Pierce, Florida,
where they spent 20 years entertaining friends and family. We continue to enjoy walking the
beach to the jetty, which we refer to as “walking to the jetty with Netty”.

Jeanette always had a warm and welcoming home for her family and friends. She loved
throwing dinner parties, ice skating parties in Chicago and hosting the holidays. She was always
the life of the party and had a quick wit.

Jeanette is preceded in death by her husband of 70 years, Charlie, son, Charles Jr (Chuckie)
and 3 siblings, Virginia, Marilyn and Juanita.

A Mass and celebration of her life will be held at a later date at St. Jude Parish, 734 Glenview
Ave, Wauwatosa. In lieu of flowers, donations can be made to NAMI (National Association of
Mental Illness).
Read Less

Receive notifications about information and event scheduling for Jeanette

We encourage you to share your most beloved memories of Jeanette here, so that the family and other loved ones can always see it. You can upload cherished photographs, or share your favorite stories, and can even comment on those shared by others.

Plant a Tree in Memory of Jeanette
Plant a tree 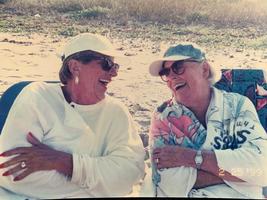 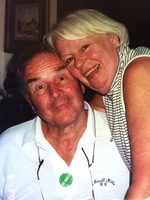 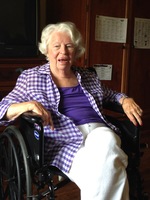 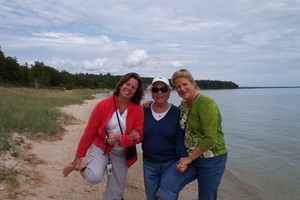