To share your memory on the wall of Faith San Felippo, sign in using one of the following options:

In 1950, Faith married Robert F. Pedder and they had two daughters. In 1987, she married Frank V. San Felippo and they later moved to Peoria, Arizona. Faith returned to Wisconsin in 2011.

Faith worked as a secretary with several employers. She spent many years with the Whitnall School District as secretary to the superintendent and as school secretary at Jefferson and Hales Corners Elementary Schools.

Faith is survived by her daughters: Ann Pedder (Robert) Reilly of Janesville and Lynn (Robert) Kraus of Waukesha; step-son Marty San Felippo; grandsons Michael Reilly and Benjamin Reilly; and special friends Diane and Rosella. She was preceded in death by her husband, parents, and brother Elmer Carl Rossman Jr.

The family wishes to thank the providers at ProHealth Clinics, especially Dr. Jeffrey Winkoski and APNP Mary Muth, for their medical care over the years. Faith was most recently caringly attended by the ProHealth hospice team. The family especially thanks the staff at ProHealth Regency – Muskego for their compassionate and loving care of Faith during the last two months.

Memorials may be made to the Salvation Army or the Milwaukee Rescue Mission.
Read Less

Receive notifications about information and event scheduling for Faith

We encourage you to share your most beloved memories of Faith here, so that the family and other loved ones can always see it. You can upload cherished photographs, or share your favorite stories, and can even comment on those shared by others.

Plant a Tree in Memory of Faith
Plant a tree
0 trees have been planted in memory of Faith F. San Felippo (Rossman)
KS

Posted Mar 01, 2021 at 06:40pm
I am so sorry for your loss. She will join my mother in heaven. (Patricia Jenkinson) her cousin.
Kathy Sickels
Comment Share
Share via: 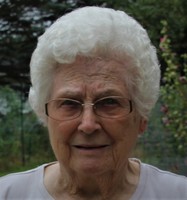