To share your memory on the wall of Eugene Bojar, sign in using one of the following options:

Print
Eugene Edward Bojar was born on November 29th, 1941 in Milwaukee, Wisconsin and called home on November 14th, 2020. He grew up on the East Side of Milwaukee in the Riverwest Community.

He will be missed and remembered by all his friends... Read More
Eugene Edward Bojar was born on November 29th, 1941 in Milwaukee, Wisconsin and called home on November 14th, 2020. He grew up on the East Side of Milwaukee in the Riverwest Community.

He will be missed and remembered by all his friends and family:
Wife of 56 years Carol, children Michelle (Bill) Casper, Don (Irene), Renee (Erik) Stonemark, grandchildren Brandon, Brooke, Sebastian and Spencer. Siblings Tom (decd), Phil, Paul, Rick and Karen and many nieces and nephews.

Having taken classes at Boy Tech for Patternmaking, he then went on to receive an apprenticeship in the trade. Which he then worked in for many years while also learning the foundry trade earning his journeyman card in both fields. He eventually ended up teaching for seventeen years those same trades at MATC until he retired. He was also very involved in the Boys Tech alumni program where he served as a member of their Board of Directors for the majority of the time he participated.

He loved dancing, music, singing, and playing cards. Watching the Indy 500 every year was a tradition that he never missed even when he wasn’t at home. His love of racing influenced his becoming a “Man of Many Cars” as he never kept a car longer than three years no matter what.
He also loved anything Christmas related since it was his favorite holiday and would often be found having “Christmas In July”. He could always be found with a finger full of cookie dough every “Christmas cookie day” and was the official taste tester.

He supported both Boy and Girl Scouts due to the kids being active in their respective scout troops and enjoyed Scout camping for many years.

He loved spending time with friends and family.

While we are mourning the loss of our husband, father, grandfather, brother, and friend; we are also celebrating his life and know that he is now singing in the most glorious choir there is in heaven.

Due to Covid-19 restrictions, services will be private. Masks are required for attendance.

In Lieu of flowers donations can be made to St. Jude Children's Research Hospital or Make-A-Wish Foundation.

Receive notifications about information and event scheduling for Eugene

We encourage you to share your most beloved memories of Eugene here, so that the family and other loved ones can always see it. You can upload cherished photographs, or share your favorite stories, and can even comment on those shared by others.

Posted Nov 19, 2020 at 12:49am
My deepest condolences to the family. I remember our family times as we were growing up were always fun because of Eugene. May God bless all of you and know Eugene is in a better place.

Posted Nov 18, 2020 at 06:21pm
My heartfelt sympathy to Gene's family. I met Gene at Hales Corners Lutheran Church when we sang together in Festival Choir. He was a joy to know and I loved his "bear hugs" whenever I saw him. He definitely will be singing in Heaven this Christmas season.
Mary Guthrie
Comment Share
Share via: 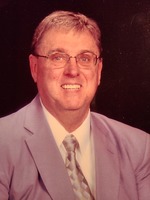 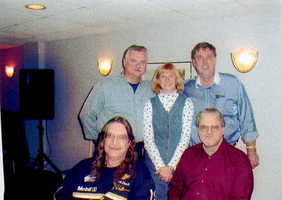 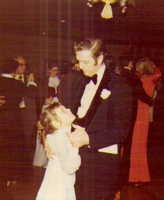