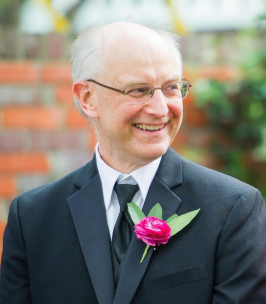 David William Michalets, age 66, found peace on Friday, Aug. 26, 2022, after a valiant fight of nearly six years with brain cancer, never losing his sense of humor. He was born in Milwaukee, Wisconsin, on Feb. 20, 1956, to Frank and Victoria (Matusek) Michalets.

David (Dave) graduated from Cudahy High School and as valedictorian from Milwaukee School of Engineering where he studied Computer Science and Mathematics. He was an electrical engineer for Fives (previously Giddings and Lewis) in Fond du Lac, Wisconsin, before retirement in 2016.

An avid bicyclist and outdoor enthusiast, David bicycled across Ireland with his son and enjoyed hiking with his children and siblings of which he was one of six. In recent years he published several books on astronomy and cosmology.

Dave married Jan Barton on June 20, 1981. The couple lived in Minnesota for several years before moving back to Wisconsin.

Dave is survived by his son Andrew (Katy Hoch) and his daughter, Jen (Adam) Frost. He is also survived by two granddaughters, Brynlee Frost and Rhys Michalets, and his siblings, Fran (Roger) Dordel, Ellen, Donald (Jeanette), Linda (Deb Generotzky) and Marie (Ron) Wilging. He is further survived by his ex-wife, Jan, and many cousins, nieces, nephews and friends. He was preceded in death by his parents.

Even after his cancer diagnosis, Dave continued to approach life with optimism and perseverance, which inspired those around him. He will be greatly missed, but the memories he made with so many people will always be cherished.