To share your memory on the wall of Christopher Lind, sign in using one of the following options:

Print
Christopher A. Lind, age 70, of Neenah, passed away peacefully on Saturday, February 13, 2021, at Heritage Senior Living in Muskego, following a long courageous battle with cancer.

Chris was born on July 13, 1950 in Stevens Point, Wisco... Read More
Christopher A. Lind, age 70, of Neenah, passed away peacefully on Saturday, February 13, 2021, at Heritage Senior Living in Muskego, following a long courageous battle with cancer.

Chris was born on July 13, 1950 in Stevens Point, Wisconsin to the late Norman and Roberta Lind. On September 9, 1994, Chris was united in marriage to Cindy Lind. The couple enjoyed 26 years together until Cindy’s passing earlier this year. Together, they spent many wonderful years camping and fishing in Door County. They also loved traveling to various locations such as Cancun and Jamaica. Chris lived life to the fullest. In Chris’ younger days, his biggest passion was auto racing and for many years he enjoyed competing in the SCCA racing Formula Fords. Christopher was a veteran of the United States Marine Corp, where he proudly served his country in the Vietnam War. Chris was an avid outdoorsman who enjoyed hunting, fishing, and snowmobiling. More than anything though, his greatest joy was spending time with his family. His fondest memories were of his days spent in Upper Michigan at his brother Matt’s cabin. Here, family would gather often and participate in all of the things Chris adored.

A private family service will be held at Hartson Funeral Home, 11111 W Janesville Rd, Hales Corners, WI 53130, on Friday, February 26, 2021. Floral arrangements can be sent directly to the funeral home.

Chris’ family would like to thank the nurses and staff at Heritage Senior Living and a special thanks to Adan Gonzalez and the Ascension Hospice team.
Read Less

Receive notifications about information and event scheduling for Christopher

We encourage you to share your most beloved memories of Christopher here, so that the family and other loved ones can always see it. You can upload cherished photographs, or share your favorite stories, and can even comment on those shared by others.

Posted Feb 18, 2021 at 04:02pm
Iris and I are very sorry to hear of your loss. From the details in Chris' obituary, I'm sure you have many memories to treasure.

Over the years, I've not had much contact with Chris, but as children we saw each other often. When I picture Chris in my mind, he's always a young child and it's always at family picnics at Iverson Park in Stevens Point. I'm not sure why that's the case, but it is. I have posted a snapshot of Chris and his his sister, Jenny, under photos with Chris shown as I still see him.

Be sure that we will hold our memories of Chris as well as those he loved in our hearts and minds during these trying times.

Posted Feb 18, 2021 at 09:07am
We may not have been close over our lifetime but he still was my cousin. I will keep all of you in my future prayers. So sorry for your loss. 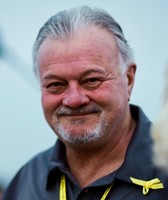 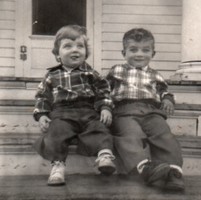