To share your memory on the wall of Carol Weed, sign in using one of the following options:

Carol is surv... Read More
It’s not easy to say goodbye to anyone, but it is especially hard to say goodbye to a mom. Mom is on a new adventure in heaven with her mother and father, Glendora and David Hinchman, her aunt Nita, and her grandparents.

Carol is survived by her daughter and son-in -law, Patricia and Brett Engelking; grandchildren, Jake and Cara Engelking, her sister and brother-in-law, Judith and Robert; nieces and nephew; her friends; and her dog, Ellie and her cat, Georgie.

My mom’s love and enjoyment of music lasted until the end. In the 70’s we would run errands or travel to see relatives listening to tunes by Chicago, the Eagles, Queen, and Eric Clapton. We went to see The Jackson 5, The Spinners, the 5th Dimension, Marilyn McCoo and Billy Davis Jr. in concert at the Mill Run Theater in Illinois. In the 80’s and 90’s, we’d go dancing at the clubs to pop hits, especially Aretha Franklin.

Mom came to live her final days in my home. We listened to many different genres of music: R&B, Big Band, music from the 40’s that her parents listened to. She asked to listen to Simon and Garfunkel, Journey, Michael Buble, Elvis, the Beatles, and Glenn Miller’s “I’ve Got a Girl in Kalamazoo”.

My mom was an adventurer: she rode a motorcycle, water skied, traipsed through the mountains, rode bikes, fished, and enjoyed having fun. One story she often told was about getting her first bicycle and how free she felt while riding. She shared the story when her grandchildren got their first bikes years ago. She shared it again while she was in hospice.

She was a detailed artist especially in her most spiritual years. Her favorite subject was trees, which she elaborately drew with a pen. She also painted people, animals and spiritual scenes. Her favorite flower was the bougainvillea.

Mom bought her first house in the early 80’s. She was quite handy fixing her own plumbing, moving walls, building shelving units, insulating and adding fans for air circulation. She was also handy with car and lawn mower maintenance. Her father taught her how to do most of these things for her to save money and make sure they were done correctly. In January (2020), when she was having a problem with her plumbing, she got estimates from several plumbers because their estimates were too high. She knew how easy the fix was but couldn’t do the job herself.

She was a determined, hard working woman. She treasured her independence and freedom. She learned how to train her golden retriever herself when she was in her late 70’s. She was able to quit smoking on her own. She worked very hard, often setting multiple alarm clocks to wake up for second- and third-shift work in a factory. While factory work wasn’t her favorite job, she did receive a nice retirement that kept her independent and made memories over break room conversations.

Her favorite job was her last . . . she worked security and simply loved it. She enjoyed the precision, detail, and rules of the job as well as exceeding the expectations.

After retirement, my mom enjoyed relaxing at home without any worries or alarm clocks. She took her dogs to the park and beach, ran errands, did sudoku, read many books including the whole Harry Potter series, kept current on news and politics, and of course enjoyed crossword puzzles.

She was very passionate about animal welfare volunteering as an animal caregiver at a shelter in Kenosha. She also followed the news and politics – her civic duty was important to her. She used her voice and her vote to support her independence, freedom and well-being.

In April before her surgery, I moved into my mom’s house so we could quarantine together and prepare for her post-surgery recovery. When I drove into the driveway, she just finished mowing and trimming her yard, quite a feat for a 78-year-old, but she enjoyed having a nice yard.

Mom loved eating out. Her favorites were a delicious cobb salad with avocado, fried chicken, fish fries, Mexican food, banana splits and root beer. We often grabbed carry out after her medical appointments. A couple of days before mom’s surgery, we got a call that she needed a last-minute Covid test. On the way home from the hospital, we stopped at Leon’s custard for a root beer. Mom said it was some of the best root beer she’s ever enjoyed! And when she was recovering from her surgery, I dropped off some of that root beer for her doctors and nurses because it was important to her.

Being in the hospital and rehabilitation nursing home during Covid was difficult and lonely. Thankfully, someone from her health-care team reached out and helped us understand how home hospice would make her feel more comfortable and less isolated. We enjoyed many heartfelt moments with mom in those 20 days she was home with us including great conversations, playing games, finishing crossword puzzles, playing “name that tune,” tinkering with musical instruments, telling stories, and visiting with our zoo (two dogs and three cats). Mom’s hospice caregivers loved her because she was spunky, sassy and funny. They cried with us when she passed.

My mom’s organization and immaculate record keeping helped a lot when she went into the hospital and then had her stroke. Weeks after her passing her record keeping has been a blessing in taking care of her animals and her estate.

Mom didn’t want a funeral service, so hours after she passed and left for the funeral home, 50 friends gathered around the sunroom, where her hospice bed was located, and sang Amazing Grace to light her path to heaven. She cherished her animal family and her people. We all cherished her right back. There is a big hole where you are supposed to be mom, but we send big love to you on your new adventure in heaven.
Read Less

Receive notifications about information and event scheduling for Carol

There are no events scheduled. You can still show your support by sending flowers directly to the family, or planting a memorial tree in memory of Carol S. Weed.
Plant a Tree

We encourage you to share your most beloved memories of Carol here, so that the family and other loved ones can always see it. You can upload cherished photographs, or share your favorite stories, and can even comment on those shared by others.

Plant a Tree in Memory of Carol
Plant a tree 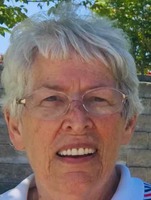