Obituary for Barbara A Pratt (Thatcher) 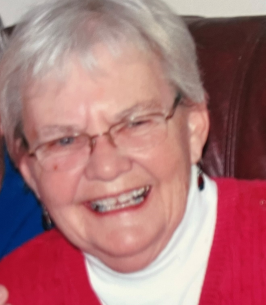 Barbara Pratt of Greendale, WI, 82, passed away peacefully at Clement Manor on June 6th. Barb was born in Mount Vernon, IL on January 10, 1940, the daughter of Jack and Jean Thatcher. On September 26th, 1959 she married Robert (Bob) Pratt in Iowa City, Iowa. Barb and Bob moved to Milwaukee area and worked and lived throughout their adult lives.

Barb started her career as a Library Assistant at Whitnall Schools. Inspired to become a classroom teacher, she earned her elementary school teaching degree from Alverno College in 1990. She went on to teach first and second grade at Blessed Sacrament in Milwaukee and later at St. James in Mukwonago before retiring in 2005. Barb had a passion for teaching her students to read and enjoyed a great sense of humor with her students. Barb was an excellent bridge player, and loved to read, knit, watch the Packers, and spend time with her three grandchildren.

Barb loved to celebrate holidays and birthdays, especially with her grandkids. She was involved with the Hales Corners 4th of July event committee, and oversaw the kiddie parade as an organizer and judge.

On Saturday, June 18th, a visitation will be held at 1:00 pm, followed by a service at 2:00 pm, and concluding with a reception at St. Thomas of Canterbury Episcopal Church, 7255 W. Grange Ave, Greendale WI 53129. Special thanks to the staff at Clement Manor, Aurora Home Hospice, and West Allis Memorial Hospital.