To share your memory on the wall of Anthony Tobin, sign in using one of the following options:

Print
Anthony "Toby" V. Tobin, Waterford, passed away peacefully at his residence April 26th, two days after celebrating his 93rd birthday, in the loving care of his family.

Born April 24, 1928 and raised in Muskego, WI, on Bass' Bay, Tony was... Read More
Anthony "Toby" V. Tobin, Waterford, passed away peacefully at his residence April 26th, two days after celebrating his 93rd birthday, in the loving care of his family.

Born April 24, 1928 and raised in Muskego, WI, on Bass' Bay, Tony was the youngest of five children born to Michael and Sally (nee Sobek) Tobianski. He walked to school on the interurban line to Sacred Heart Grade School where he served as an alter boy. He graduated from Mukwonago High School, served with the Army of the United States from 1950 to '52. In 1951 he married Jean Draskovich, and raised a family of five, living first in Muskego but then in the Tichigan Lake area. Tony was a Bricklayer and Mason by trade, building homes for his family and finally his retirement home back on his parents' lake property on Sobek Lane where he was born. He was willing to lend a hand into his late 80's when family needed his expertise with masonary.

His second career was as a licensed realtor and appraiser, which led to his job with the Veterans Administration until retirement in 1992. His golden years were spent doing small mason jobs, golfing and playing softball into his mid 80's -- summers in Wisconsin, and winters in sunny Lake Havasu, AZ. Grampa Tony was always up for competition with kids/grandkids in jarts, ladder golf, cribbage and Sheepshead. He was preceded in death by his parents; wife Jean; daughter Debbie Tobin; siblings Lou (Rollie) Lembezeder, Rita (Jim) Lembezeder, Dolores (Bob) Gruebner, and Mike (Mickey) Tobianski.

Receive notifications about information and event scheduling for Anthony

We encourage you to share your most beloved memories of Anthony here, so that the family and other loved ones can always see it. You can upload cherished photographs, or share your favorite stories, and can even comment on those shared by others.

Posted May 04, 2021 at 11:58am
May your heart and soul find peace and comfort. A tree will be planted in memory of your Grandpa. 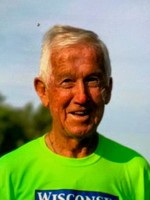 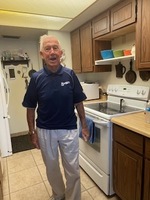 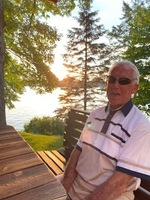